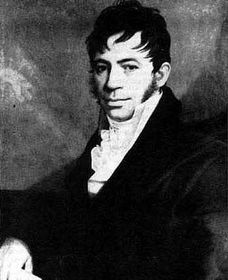 Josef Božek Josef Božek was one of founders of Czech mechanics. He studied at the gymnasium in Těšín and then mathematics and mechanics at the school of prof. Andre in Brno in 1803–1804. In 1804 he moved to Prague. After short studies of philosophy at the University and acting as an educator in aristocratic families, he finally turned to technology. On the basis of recommendation of F.J.Gerstner he is appointed a mechanician and clockmaker of the Prague Technical University. Here, in 1806–1808, he took part in construction of the Gerstner's steam engine, the first steam engine in the then Austrian monarchy. 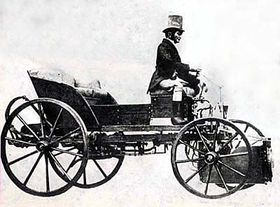 Josef Božek in his steam carriage Since 1814, he worked on construction of a steam carriage (shown in 1815, the second steam carriage in the world after Cugnot) and a steamship. He paid a considerable attention to design and construction of pumping machines for water plants. When in 1820–1832 the first railway line on European continent was erected – the horse-drawn railway from České Budějovice to Linz – he designed railway carriages for it. 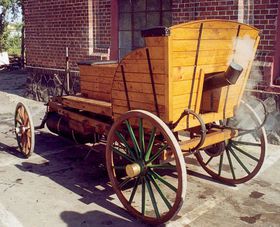 Replica of Božek's steam automobile However, the most significant contribution was made by Božek in the field of clockmaking. He constructed portable, interior as well as tower clocks. For education purposes at the Technical University he made a set of models of clock escapements of most progressive systems and his precise pendulum clock for the Klementinum observatory in Prague from 1812 were in service in the Astronomical institute in Prague till 1984. Today it is in the Museum collections.

His footsteps were also followed by both his sons. František (1809–1886) continued in Božek's activities in clockmaking and precision mechanics and took over his post of mechanician at the Technical University. Younger son Romuald (1814–1899) invented, designed and constructed transport vehicles, time-measuring devices, medicinal apparatuses, but also musical instruments. In 1864 he took part in reconstruction of the Prague horologe.