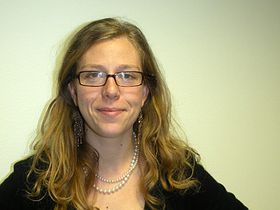 Rosie JohnstonI moved to the big city lights of Prague quite recently - in July 2007. Before, I had been living in Scotland, roaming in the gloaming by the bonny banks of the Forth. So Prague, with its hustle and bustle and trams and people, marked quite a departure from my previous home. And, with the exception of one reconnaissance mission back to Scotland, to stock up on hats and gloves for the continental winters to come, I have thrown myself into central European life pretty wholeheartedly. Radio Prague has been a great way to integrate into Czech society; I have found myself beekeeping in Bohemia and questioning politicians in Parliament on consequent days.

Articles by the author

Changes in teaching and writing history in the past two decades

Michal Pullmann on Perestroika, Violence, and Remembering the Communist Past

Photographer Jiří Jírů on life behind the Iron Curtain, exile and ‘Photostroika’

How will Czech-Americans vote in the U.S. presidential elections?

Should the famous baroque plague column be returned to Prague’s Old Town Square?