On 15th March 1939 - six months before the war had even broken out - Prague was occupied by German troops. On 8th May 1945 - over six years later - Prague was the last major European city to be liberated by the Red Army. In the course of this long occupation, the so-called Protectorate of Bohemia and Moravia gradually came under the complete control of the Gestapo, one of the most vicious regimes in the whole of occupied Europe. 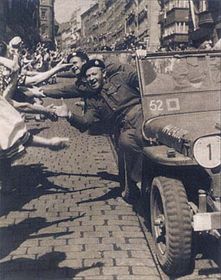 May 8th, 1945 The sixty-fifth anniversary of the end of the war is a time of mixed emotions in the Czech Republic. On the one hand memories of the liberation are a reason for celebration, but the anniversary also brings back painful memories of the occupation itself: the murder of over 70,000 Czech Jews, the arbitrary executions, the destruction of the Czech villages of Lidice and Ležáky.

The liberation - by the Red Army from the east and by General Patton's Third Army from the west - brought great hopes, but it was a bittersweet moment. Only three years later a further tyranny took power in Czechoslovakia, and for over forty years the country was under hard line communist rule. In one sense the war did not really end for Czechs until November 1989, when the Iron Curtain was finally breached.

How do we remember the events of the Second World War today? What does this legacy mean for today's Czech Republic? What taboos still remain? 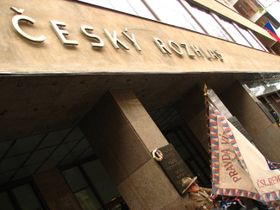 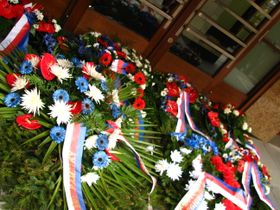 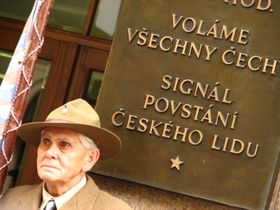 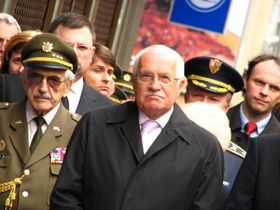 Wednesday is the 65th anniversary of the start of the Prague Uprising, when thousands of people took to the streets in an attempt to liberate the city from Nazi occupation, just days before the arrival of the Red Army. Several events have been held to mark the date, including a memorial at Czech Radio, which made a dramatic call on citizens to fight the occupiers on the morning of May 5, 1945. More...

The end of the World War II on Radio Prague: 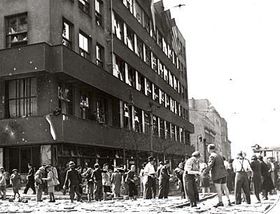 Czech Radio building in May 1945 “Calling all Czechs! Come quickly to our aid! Calling all Czechs!” It is May 5 1945, and with these words Prague radio appeals to Czechs to join the uprising against the German occupation. This was to be one of the last European battles of World War Two and the greatest moment in the history of Czechoslovak Radio. For some time radio staff had been working secretly with the Czech underground to prepare the ground for the uprising. Their radio appeal marked the beginning of the battle. In the confusion of the following three days with street battles going on around the city, radio was to play an important role, and the radio building also became the focus of much of the fighting. On some recordings that survive you can still clearly hear gunfire in the background. More...

Prague Uprising: “Do not let Prague be destroyed!” 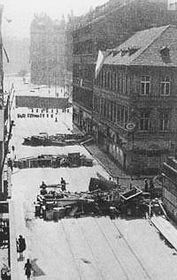 At the time the Red Army was already approaching Prague from the east, and General Patton’s Third Army was in Plzeň just a few dozen kilometres to the west. Many of those fighting in the streets of Prague were untrained and had few weapons, and the scale of the German resistance, especially the SS units, took many by surprise. The radio appealed to the Americans, British and Russians for help. More... There are two widely held stereotypes of Czechs during the war: while some see a plucky little nation that heroically struggled to survive under the Nazi jackboot, others have argued that Czechs buckled and failed to resist the force of Hitler's Germany. But inevitably history is a great deal more complicated than the stereotypes, and in the course of today's programme, we'll be trying to unravel some of these complexities. More... 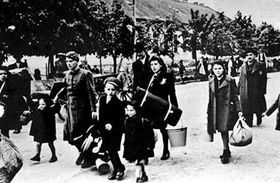 The Terezín Ghetto during the war During the German occupation of the Czech Lands more than 77,000 Czech and Moravian Jews were murdered. Today we can read the names and dates of birth of all the known victims on the walls of the Pinkas Synagogue in Prague. At least 6,000 Czech Roma were also murdered. Only a small percentage of Jewish and Romany Czechs survived the Holocaust. More...