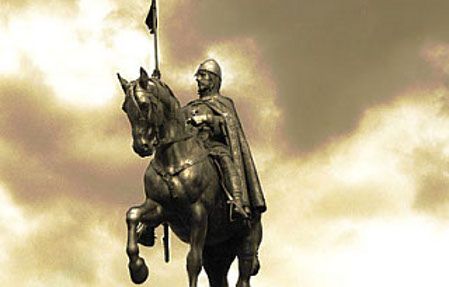 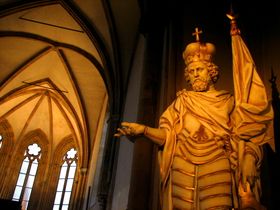 Part of the Wenceslas tradition is a pilgrimage conducted each year on September 28. Worshippers taking part visit two churches in Staré Boleslav: the basilica of St Wenceslas and the pilgrimage church Nanebevzetí Panny Marie. The main ceremony is a church service on Marienské Square, led by the archbishop of Prague.

You can find more information at:

This year’s anniversary will be enriched by a visit by Pope Benedict XVI, who will visit the Czech Republic from September 26 – 28. The Holy Father will travel to Prague, Brno and Staré Boleslav. He will serve two large outdoor masses: one on September 27 in Brno, and one in Staré Boleslav on September 28, that is on the anniversary of St Wenceslas’s death. 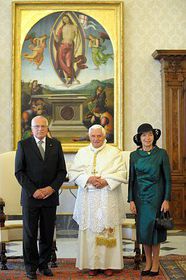 Audience of President Václav Klaus and his wife Livie with Pope Benedict XVI at the Vatican on May 30 2009. Photo: www.mzv.cz