The Muslim community in the Czech Republic 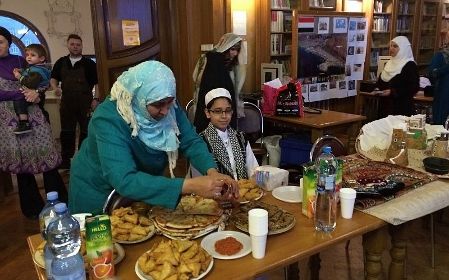 The Muslim community in the Czech Republic

The terrorist attacks in Paris have put the spotlight on Europe’s Muslim minorities, triggering broad debate on Islamic radicalism, immigration issues and the concept of a multi-cultural Europe. The Czech Republic has a small and relatively well-integrated Muslim community counting over 11,000 people, who make up a mere 0.1 percent of the population. Most Czech Muslims are Arabs who came here to study in the 1970s and 1980s from countries such as Libya, Iraq, Syria and Egypt. Many also came from the Caucasus and the Balkans in search of a better life. In the most recent census in 2011 only around 3,000 people declared themselves to be Muslims and only a few hundred of them are believed to be practicing Muslims. Despite the fact that the country’s Muslim minority tends to keep a low profile there have been isolated controversies over issues such as whether schools should allow the hijab. In a special series we look at the life of Muslims in the Czech Republic, their daily concerns, fears, hopes and aspirations.

Information about Muslims in Canada can be found at Radio Canada International.

Information about Muslims in Poland can be found at Radio Poland.