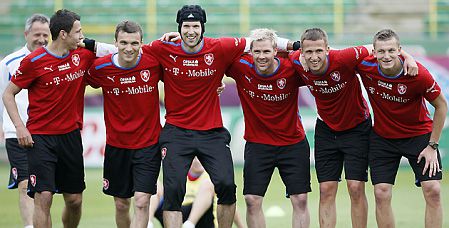 EURO 2012 – the European football championship – begins on June 8 in Poland and Ukraine and Radio Prague will be covering the Czech squad’s campaign.

The team, which will play all three of its group stage matches in Wroclaw, opens its tournament on Friday, June 8 against Russia, followed by Greece on June 12 and co-hosts Poland on June 16.

You’ll be able to find the team’s results, interviews and new developments on a special new page at www.radio.cz. Radio Prague will also have its own reporter at the scene.