How long, exactly, have the Czechs been drinking beer? 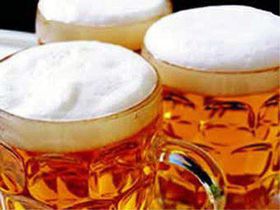 The Czechs have been drinking beer since time immemorial. The secret of Czech beer is that agricultural conditions are ideal for growing hops, and chronicles establish their cultivation in Bohemia as early as 859 A.D., while the first evidence of their export dates back to 903. Bohemian hops were so prized that King Wenceslas ordered the death penalty for anyone caught exporting the cuttings, from which new plants could be grown.The first mention of brewing in the Czech territories is in the foundation charter for the Vyšehrad church, dating from 1088. In this document, the first Czech king, Vratislav II, decreed that his estates should pay a hop tithe to the church. The U Fleků microbrewery in Prague has been in operation since 1499 and is still going strong.

How did the famous Czech beer industry get its start? 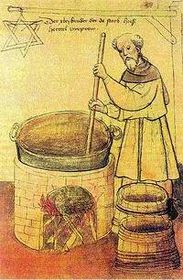 The first Czech brewery was built at Cerhenice in 1118. In earlier days, only citizens in the Czech lands had the right to brew beer - and that for their own consumption - so most citizens had a microbrewery in their home. It wasn't long before some of these citizens banded together to form a cooperative central brewery, from which they would take beer extract home and finish the brewing process there, in a medieval equivalent to the "home brew" kits which are so popular today. In the 13th century, King Wenceslas convinced the Pope to revoke an order banning the brewing of beer, which may explain why he's called Good King Wenceslas. It was a small step up from there for breweries to start hawking their wares to the general public as well, and so the Czech beer industry was spawned.

And when did the Czech beer industry become great? 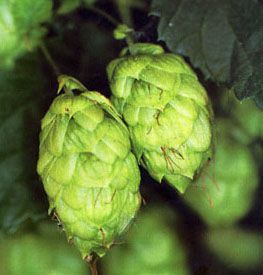 The art of brewing beer came along gradually, with help along the way. The Holy Roman Emperor Charles IV, for instance, was a friend of the beer industry even though he ordered that Burgundy grape vines be cultivated in Bohemia. Emperor Rudolf II's personal physician held that beer was an incredibly healthy beverage and wrote a treatise to that effect. The Czech beer industry's worldwide fame dates from the Renaissance, as does the Bohemian tavern which is famous throughout Europe. A popular rhyme of the time goes "Unus papa Romae, una cerevesia Raconae"("one pope in Rome, one beer in Rakovník." Beer is still brewed in Rakovník today. In the early 16th century, the Czech beer industry contributed as much as 87% of total municipal income to city coffers. Czech hops were being shipped up the Elbe to the special Hamburg hops market from 1101, and the Germans still prize Bohemian Saaz hops from Žatec today. The Czechs were even exporting their beer at this time, most notably the beer they brewed in the town of České Budějovice in south Bohemia. The Bavarians who were importing this beer understandably had a hard time pronouncing the name of the town, and so they referred to it as "Budweis", a place name that is still associated with great beer today - as is Pilsner, which is derived from the place name of the west Bohemian town of Plzeň.

Has it just been getting better ever since? 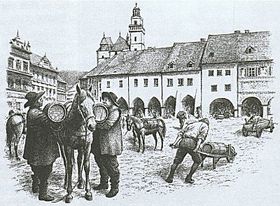 Actually, no. This 16th-century beer heaven was not to last. Feudal lords discovered that forcing their laborers to drink the manor brew was a clever way to line their pockets. The Thirty Years' War, which devastated much of northern Europe, devastated the Czech beer industry as well. At one point, beer was used to pay off a Swedish army to prevent the plunder of Kutná Hora. After that, what fame the Czech beer industry managed to attain was under the auspices of the Emperor in Vienna. He even sent a Czech brewmaster to Mexico to teach the Mexicans how to brew beer. Bohemia beer from Mexico was named for the Czech contribution. The Czech nation - and its beer - did not begin to recover until the "national awakening" movement of the 19th century, when the Czech language, Czech culture, and Czech beer were reinvented after centuries of Germanization and decline.

Did the Communists appreciate the Workers' love of beer? 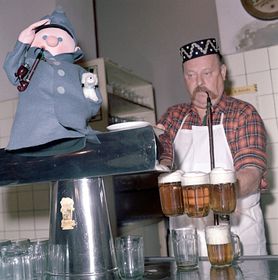 Photo: CTK Under the Communists, beer was very cheap - and it was legal. This helped establish beer drinking as perhaps the single most popular hobby among Czech men. Unfortunately, as with so many other industries, the Communists failed to invest anything into the breweries. They simply produced the beer and squeezed as much money as possible out of the industry. One of the Czech Republic's most famous beer drinkers, the protagonist of Jaroslav Hašek's novel "The Good Soldier Švejk" said that the government that raises the price of beer is destined to fall within one year. The Communists almost doubled the price of beer in 1984 (from 1.70 to 2.50 crowns per half-liter), so it took 5 years instead of one for the prophecy to come to pass.

And so what happened with this major hobby of Czech men after the Velvet Revolution? 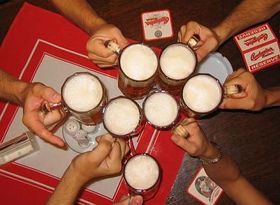 Although a decrease in beer consumption was predicted, the numbers did not go down much even after price controls were lifted in 1991. Beer prices have gone up as the price of everything has gone up, but are still low. Breweries have such a small profit margin at home that they try to make up for it in exports, where Czech beer commands premium prices. Shares in breweries, most of which have been privatized, trade at the top of the stock market even though many of them are deeply in debt due to payment problems. It's expected that there will soon be only a few giant breweries and a smattering of small local microbreweries in the Czech Republic. Mid-sized breweries, which face the biggest problems with marketing, transport, and taxes, are probably on the way out.