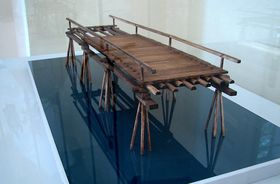 There was a wooden bridge across the Vltava as early as the 10th century, slightly north of the spot where Charles Bridge stands today. It was in essence a foot-bridge and was unable to withstand strong flooding in 1157. 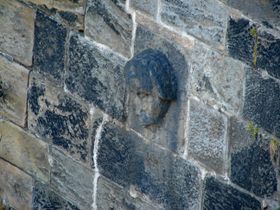 King Vladislav II had Prague's first stone bridge built in the years 1160 to 1172. His wife had urged him to build the bridge and it was given her name, Judith. It was around 514 metres long, seven metres wide at its broadest and had 27 low arches. In 1253 administration of the bridge was taken over by the Knights of the Cross. Two thirds of the structure was destroyed by a flood in February 1342, necessitating the building of a replacement - Charles Bridge. 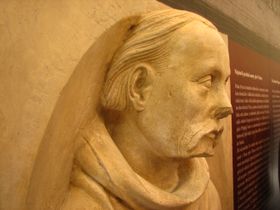 Charles Bridge features three bends and is slightly convex against the current. While the bridge stands on a stone substratum, its pillars were built on oak piles loaded with millstones. A probe at the end of the 19th century found that the millstones are held together by iron clamps on which hot lead was poured. The edges of the pillars are visibly more pointed on the side facing the current and their resistance has been increased with the addition of wooden ice-breakers. The road in the centre of the bridge is raised and rain water runs off above the ridges of the arches by means of stone drains. 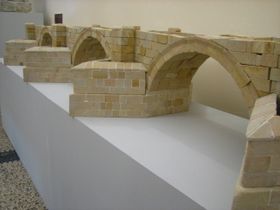 Rough grained sand was used while large blocks were held together by unusually firm mortar. Legend has it that eggs were added to the mortar mix.

The first builder was Master Otto. Around 1360 Petr Parléř, Charles IV's favourite builder and architect, became involved and worked on the bridge until his death in 1397. 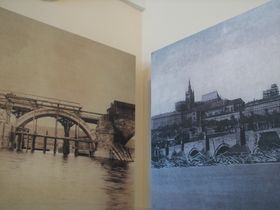 Just ten years after work began, in 1367, one of the pillars of the as-yet-uncompleted structure was destroyed by flooding. Several times before it was finished, Charles Bridge was threatened by floods (1359, 1367, 1370, etc.) which caused great damage. In 1432 during floods which also affected much of the Old Town the bridge was ruptured at three points and five of its pillars badly damaged. Repairs took an incredible 71 years. New piles were hammered into the river bottom by means of a hand pile. 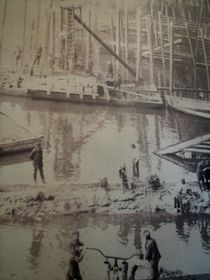 More harm befell Charles Bridge in 1784 when pieces of broken rafts and ice blocked the arches and the water carried away pillars on which military guards were standing. A similar situation occurred in 1890, when wooden poles from smashed rafts crashed into the pillars. One by one the fifth, sixth and seventh (counting from the Malá Strana side) arches gave way. A new method of construction was used during subsequent repairs, when the pillars were laid on iron cofferdams. This method was gradually used to reinforce the remaining pillars. The most recent general repair was carried out in the years 1965 to 1978. Damaged sandstone slabs were removed, while an asphalt surface from the 1920s was replaced by split blocks of granite. Since around 2001 plans have been in place to overhaul the upper part of the bridge and its arches.