August 21st of 1968 is a black day in Czech history. People still recall waking up on that fateful morning to find that Soviet-led Warsaw Pact tanks had rolled into the country crushing all hope of implementing the democratic reforms of the Prague Spring. Shocked citizens took to the streets in protest of the invasion. Over 100 people were killed and 500 injured in skirmishes with the invaders, many of whom had no clear idea of what they were doing here and even where exactly they were. One of the key battles was for the control of Czech Radio, similar to the one that took place at the end of the Second World War.

Fifteen Prague citizens and radio employees lost their lives in the clash with Soviet armed forces, who eventually seized the building. Although radio broadcasting continued from other locations, the public and media revolt was soon suppressed. In the following period, also known as the "normalisation", hundreds of employees were forced to leave the radio because of their political views, and thousands of people across the country were sacked for speaking their minds. Communist apparatchiks took over and those who did not flee the country were forced to toe the party line or live as outcasts harassed by the dreaded secret service. People closed up, trusting none but their closest family and friends. Some thought it would be a couple of years before things turned for the better, but the communist regime was to stay in power for another twenty years.

The photos were provided by the Institute of Contemporary History, 68.usd.cas.cz 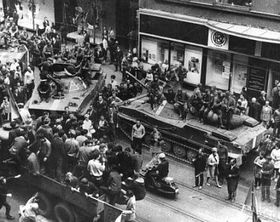 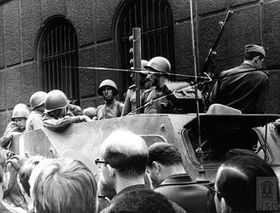 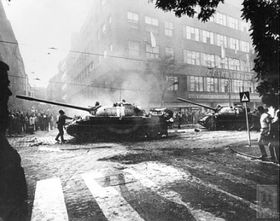 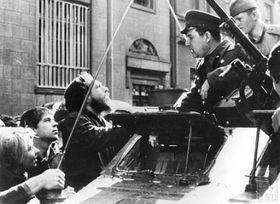 The Czech Republic is marking the 45th anniversary of the invasion of Czechoslovakia by Soviet-led Warsaw Pact troops. A traditional commemorative ceremony took place on Wednesday morning in front of the Czech Radio building on Prague’s Vinohradská St. 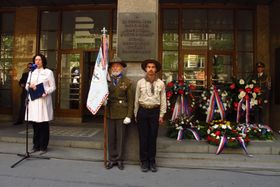 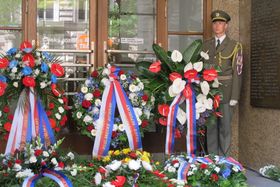 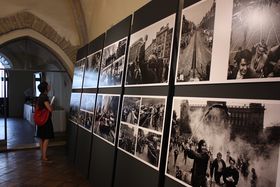 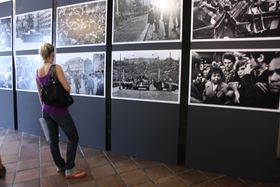