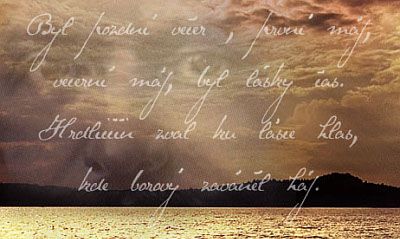 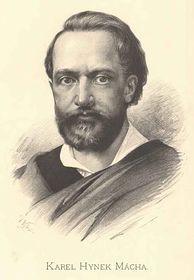 Karel Hynek Mácha was born in 1810 in an old part of Prague where his father was the foreman at one of the city's mills. He studied law and philosophy at Prague University. Mácha was interested in Czech history and literature, amateur theatre. He loved wandering the Bohemian countryside to visit castle ruins, always making sketches and notes describing the natural beauty surrounding him. He also made a journey to Venice on foot.

Mácha wrote his early poems in German, the compulsory language of his education. The epic romantic poem Máj (May) was written in Czech. It was the only writing that was published during Mácha's short life. It is estimated that at least half of the Czech population can recite at least a few of those opening lines of Máj. The work was completed shortly before Mácha’s death at the age of 25 in 1836. Ridiculed at the time, it was only in the following decades that the poet buried in a pauper’s grave began to be appreciated. 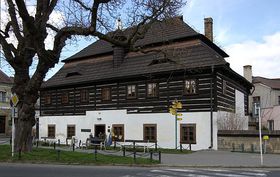 Mácha died in 1836, the cause of his death remains unclear. His very sudden and untimely death was connected to a fire in Litoměřice. During the extinguishing of the fire he probably caught cholera by drinking the water intended for fighting the fire.

The poem Máj was judged by his contemporaries as confusing, too individualistic, and not in harmony with the national ideas. Czech playwright Josef Kajetán Tyl even wrote a parody on Mácha's style, Rozervanec (The chaotic). Máj was rejected by publishers, and was published by a vanity press at Mácha's own expense, not long before his early death. Máj is now regarded as the classic work of Czech Romanticism, and is considered one of the best Czech poems ever written. It contains forebodings of many of the tendencies of twentieth-century literature: existentialism, alienation, isolation, surrealism, etc. 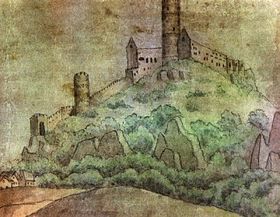 Hrad Bezděz od K. H. Máchy The four-canto poem is based on a real story. It is about a young man called Vilém, whose lover is unfaithful to him. He kills his rival, unaware it is his own father. The desperate Vilém becomes a highwayman and later is arrested, jailed and executed. 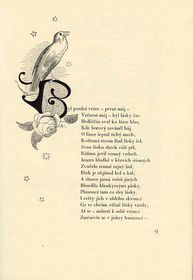 Late evening, on the first of May—
The twilit May—the time of love.
Meltingly called the turtle-dove,
Where rich and sweet pinewoods lay.

Whispered of love the mosses frail,
The flowering tree as sweetly lied,
The rose's fragrant sigh replied
To love-songs of the nightingale.

And heaven's clear sun leaned down to take
A road astray in azure deeps,
Like burning tears the lover weeps... 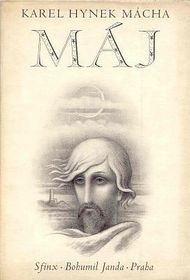 2010 marks the 200th anniversary of the birth of perhaps the Czech Republic’s greatest poet, Karel Hynek Mácha. The biggest grouping of Czech writers, Obec Spisovatelů, in cooperation with other institutions is organising the series of international conferences, exhibitions, readings and publications to mark the bicentenary of Mácha’s birth.

200th anniversary of the birth of K. H. Mácha. Mácha's landscape on maps.

April to May 2010, Klementinum Gallery

Mácha's Máj and its publishing

May to June 2010, Klementinum (National Library)

K. H. Mácha and his inheritors

April to December 2010 (Czech Centres of the Ministry of Foreign Affairs, the town of Litoměřice, the city of Prague)

The poet's destiny is to wander the world

Mácha's portraits and K. H. Mácha in the country of Máj 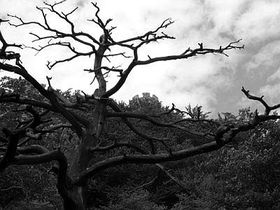 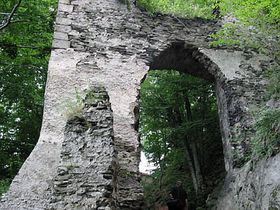 K. H. Mácha and his paintings

While wandering the Central Bohemia, Mácha used to paint the places he visited... 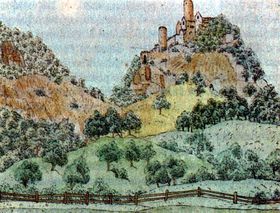 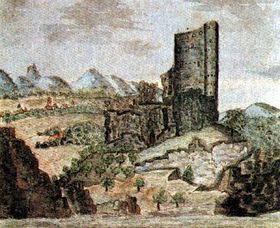