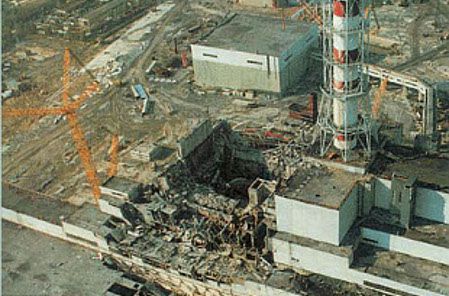 On 26th April 1986 at 1.23.49 AM Moscow time an accident occurred at the ChNPP Unit 4. The accident was the severest one in the entire history of the nuclear power industry. The reactor core and the safety systems were destroyed and the majority of the core bearing structures was damaged. More 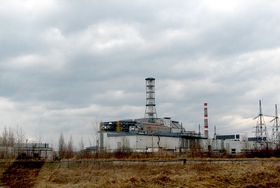 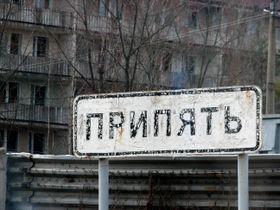 The machinery cemetery and the port 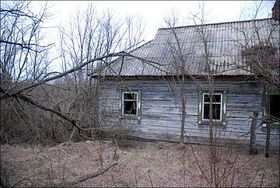 A few cases of iodine overdosing and various forms of mental trauma such as insomnia, concentration disorders, feelings of insecurity and anxiety: those were some of the effects of the Chernobyl nuclear disaster on the local population, stemming from a lack of information and the government’s attempts to play down the gravity of the situation. Fortunately, according to experts, there was no acute risk to people’ health as a result of heightened radiation exposure. More

Consequences of the accident in the Czech Republic 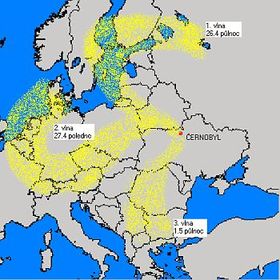 The radioactive air particles from the east spread out over Czechoslovakia and then rebounded back over Czechoslovak territory after hitting the Alps, which pushed the radiation back in the direction of Poland. The first signs of an approaching radioactive cloud were registered by employees of the Dukovany nuclear power plant in the night of April 29. The next day the Institute of Hygiene and Epidemiology as well as regional hygiene stations started monitoring radioactivity levels around the country. More

A Peace Race under a radioactive cloud The Peace Race, dating back to 1948 and known as the “Tour de France of the East”, was a prestigious cycling event attended not only by communist bloc states but also guest cyclists from the West. It was on a high sporting level but it also played an important political and ideological role. Its traditional participants were from Czechoslovakia, Poland and East Germany. In 1986 the Soviet Union joined in and it was decided the race should start from Kiev (Ukraine). More

1986: fewer baby boys then baby girls - because of Chernobyl? 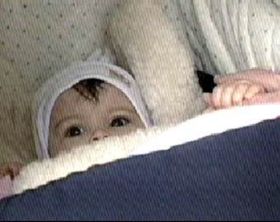 In November 1986, for the first time in half a century, doctors reported that fewer boys had been born than girls. Many scientists are convinced that this was caused by the radiation from Chernobyl. Embryologist Miroslav Peterka claims that because of the accident in Chernobyl, 450 boys were aborted. He came to the conclusion by comparing the birth-rate statistics of boys and girls over a longer period of time. More

Chernobyl accident and the Volyn Czechs 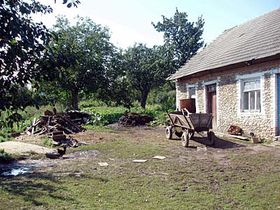 In the eastern part of Ukraine there lives a Czech minority called the Volyn Czechs, who settled there in the mid-19th century. Several of these villages are situated just tens of kilometres from the Chernobyl power plant. They were hard-hit by the radiation and for example the village of Malá Zubovščina in the region was slated (in December 1989) for displacement. More 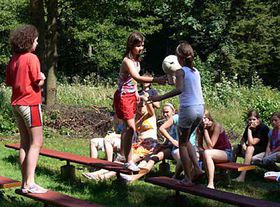 Every summer hundreds of children from countries affected by the Chernobyl nuclear accident spend a few weeks in the Czech Republic on therapeutic stays. These stays are organized and financed by the Czech-Russian society, the Health Ministry, the Foreign Ministry, the Czech Compatriots’ Association, the UNESCO Chernobyl programme and a number of private sponsors. These curative stays have been organized since 1991, shortly after the idea to help children from the areas affected by the accident was first proposed. This happened during then-president Václav Havel’s visit to Ukraine. More

Construction of the Object Shelter 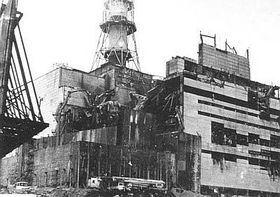 In the middle of May 1986 a Governmental Commission decided to make a long-term covering of the Unit 4. The design of a protective sarcophagus ‘Shelter’ was started on 20 May 1986. Numerous research and development institutions, design organizations, scientific subsidiaries of ministries and their offices were involved in the design process. The design idea was to constrict a cover consisting of structural elements that would be up to 50 meters long and use the intact walls and structures as supports. Among the 18 options proposed, the one selected was the most risky. More

Current state of the Object 'Shelter' In the more than 20 years since the accident no more than 60 percent of the Shelter rooms have been surveyed. The surveying of residuary premises is impossible because of high radiation areas or impenetrable obstructions, which are caused by the structural collapses and the generation of lava-like fuel containing materials. There are also several rooms that were filled with concrete during the Shelter construction. More 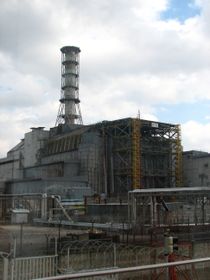 The creation of the SIP was a culmination of efforts over the last ten years of 20th century by experts in Ukraine and in the international community to develop an acceptable economical and ecological approach to resolve the problems of the ChNPP Unit 4 Shelter. More 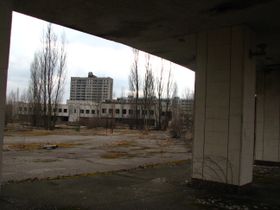 Prypiat is an abandoned city in the Zone. It was home to the Chernobyl NPP workers, that is less than 3 km from the town. The city was evacuated in 1986 following the Chernobyl disaster. Its population had been around 50,000. More 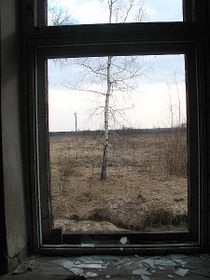 The Zone is an area of 1,104 square miles centered on the nuclear power plant site which has been evacuated of all its population. A circle of 30 km in radius was established around the power plant which is located between the city of Chernobyl to the south and Prypiat which is north of it. A total of about 135,000 people, including 45,000 from the city of Prypiat, and from dozens of smaller towns and villages were evacuated from this area soon after the accident. This area is quarded by police and military men. In some villages within the zone, the people are still living (mainly the older ones); they refused to leave the area or they returned after the evacuation. More

Biofuels could clean up Chernobyl 'badlands' 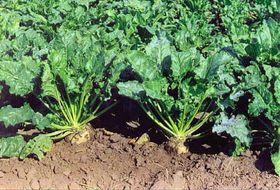 Chernobyl is in Ukraine, close to the Belarus border. But prevailing winds meant 80 per cent of the fallout from the burning reactor fell in Belarus. The accident left vegetation and soils heavily contaminated with strontium-90, caesium-137, plutonium and americium. The most heavily polluted areas remain evacuated but 8 million people live in a much wider contaminated zone. More