If you ask any Czech to describe the country's court system in one word, most people would probably say "slow". Although the Czech Republic has the largest number of judges per head of population in Europe, there are currently around 70,000 court cases which have been dragging on for more than three years. More and more often, people whose court cases have lasted for too long without a result resort to filing a complaint with the European Court of Human Rights. In several cases the Strasbourg court has ruled in the plaintiffs' favour and ordered the Czech Republic to pay them damages. This year alone, there have been three such cases.

Before former Justice Minister Pavel Rychetsky exchanged his ministerial seat for the robe of a Constitutional Judge this summer - he outlined a ten-point proposal for the comprehensive reform of the Czech judicial system. He was well aware of the system's shortcomings.

"One of the most frequent causes of the excessive length of court cases is the fact that files circulate between different levels of courts. Second-level courts often look for formal and not factual faults in the proceedings. Then they annul the verdict, return the case back to the lower court where the case has to start from scratch again. The percentage of returned cases is around 50 percent in this country. In neighbouring Germany, it is between 3-5 percent."

Mr Rychetsky saw this practice as the main cause behind excessively lengthy proceedings. According to his reform proposal, deadlines should be introduced and higher-level courts should not return cases back to the lower courts but rather solve them themselves. Mr Rychetsky's reform proposal also included a change of the internal structure of courts including a rise in salaries of court employees.

"While there are enough judges - with the exception of a few districts - there is an absolute lack of qualified judicial staff, especially higher court officials. That means that sometimes judges resolve cases quickly but the paperwork is not dealt with quickly enough. The reason is simple - the gross salary of a clerk of the Court is around 8,000 crowns, far bellow the average wage in the Czech Republic. Despite the planned reform of public finances, I think that one of the main tasks of my successor will be to make sure that these officials are better paid. I'm saying that because in Prague after you hire and train a qualified court official, you cannot keep him or her for more than a few months - because everywhere else the money is better."

I spoke to Dr Jan Vyklicky, honorary chairman of the Czech Union of Judges, and asked him what Czech judges thought of the changes in the judicial system as proposed by former Minister Rychetsky. 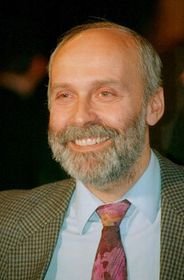 Jan Vyklicky, photo: CTK "You said correctly, it's a proposal, composed of, I think, ten principles. First I have to say that all of them were presented many years ago by the Czech Union of Judges. So nothing new for us. I think the main principle which is absolutely correct and we are in accordance with [Mr Rychetsky] is that it is not possible to increase the number of judges but it is absolutely necessary to get more qualified administrative staff for the judges. It means to create some small groups composed of one judge, one secretary, one assistant and of course, these people must be very well paid, much better than it is now because our staff has like half the average salary in the Czech Republic, which is a shame."

In his ten-point reform outline, Mr Rychetsky also suggested that judges' salaries be differentiated according to the seriousness and difficulty of cases they preside over. He would like to see more specialisation among judges who should also bear more responsibility for their work. The proposed reform raises the age of new judges to forty and opens the profession to experienced lawyers from all fields. Another change, ex-Minister Rychetsky proposed, would involve a change in the constitution.

"It is a change from a four-level to a three-level justice system. All cases should start at district courts and the first court of appeal would be a regional court. Eventually they would proceed to the Supreme Court. It means that we would have to close down the two High Courts in Prague and Olomouc, which are superfluous in the system and a special agenda has to be found for the regional courts in order for the High Courts to have some second-level agenda."

On September 16, some four months after former minister Pavel Rychetsky left Prague for Brno, his successor Karel Cermak was sworn in. According to the spokeswoman for the Justice Ministry, Minister Cermak agrees in principle with most items of the proposed reform and the ministry has already started implementing some of the proposed changes. The most serious exception is the High Courts, whose abolishment would in Minister Cermak's view destabilise the whole system. However, closing the two High Courts is another issue on which the Czech Union of Judges fully agrees with the former minister's proposal.

"Of course, it's logical, because all of these principles were discussed by the judges themselves and these proposals are based on those discussions. We more or less agree with the proposals. I mean, the first principle is this inner structure of the judiciary, I mean the support by qualified administrative staff. The second principle it to make our judicial structure easier, it means not to have four levels of justice because the High Courts in principle are just ordinary courts of appeal which don't fit in our judicial system, and so on. So it is a good topic for further discussion."

Structural changes are not enough if it comes to reforming the Czech judicial system, Jan Vyklicky says. To improve its functioning will involve a thorough change in thinking.

"The second problem is to change the environment in the judiciary - to abandon forever this post-absolutist heritage, the heritage of the First Republic and the Habsburg monarchy, so this kind of thinking, this hierarchic system and so on. We have to leave it and then create a new moral, ethical space and within this space and all these problems will be solved much easier than it looks now."

This is easier said than done. As Jan Vyklicky says, a fundamental change of the court system cannot rely on one particular politician. The inefficient system calls for a change of the legal environment. And the Czech Judges can see a light at the end of the tunnel.

"We believe in European Union membership. Of course, they do not have a concrete principle as to how to organise the judiciary but they ask for a good performance of justice. And a good performance of justice in our current judicial system is in fact impossible so we have to do something. And I believe it is not connected with a concrete political person. So it is a professional question. It must be realised because without fundamental changes the judicial system will not work properly. And if it does not work properly, we will be in great trouble as a member state of the European Union. In fact, it is not possible."

According to Czech judges European Union membership will bring hope to those 70,000 court cases which have dragged on for more than three years. Improvement in the work of Czech courts should come as soon as possible and prevent more frustrated plaintiffs from suing their own country in Strasbourg.

On her first day in office as the new Czech justice minister, Marie Benešová, unveiled her plans for reforming the Czech judiciary.… 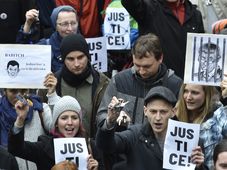 Thousands of Czechs join in street protests for independent judiciary