This month, Czechs celebrate 20 years since the Velvet Revolution that overthrew the communist regime in their country. The fall of communism changed practically all aspects of life, including health care. Radio Prague finds out about the improvement and challenges of the Czech health care system two decades after the fall of communism.

But the reality was different. The country lagged behind the developed world in technology and materials and most people were left with crowded waiting rooms and rude doctors who would not take offence at the occasional bribe.

Prague’s Motol hospital is one of the largest medical facilities in Europe. It was built at about the same time when the hospital show was made, with nearly 4,000 beds. While communist officials boasted of the great results of Czechoslovak health care, for instance very low infant fatality rates, Czechs and Slovaks topped the international ladder in other areas, including cancer. The head of Motol’s gyno-oncology ward, professor Luboš Rob, says that Czechs now receive the same treatment as patients in western Europe and other developed countries.

Professor Rob, who graduated in the 1970s, explains that the improvement since that time has been remarkable.

“When we started chemotherapy, especially with ovarian cancer, when we had 100 patients, 80 of them died. And I think we’ve had some good improvements because now, out of 100 cases, 60 of them die. That’s 20 percent less. I think that over the 20 years, it’s a relatively good result.”

Outside Motol hospital, I asked some of the patients about how they feel about the quality of health care today.

“I’m quite happy with the standard of health care. It depends a lot on what you need though, but I think I’m happy.”

“The changes have been great. My wife happens to be a patient here, she was operated on some two months ago, and it’s been great.” Top quality health care was also available under the communist regime – though not for all. Just next to Motol hospital, the State Institute of National Health, or SANOPZ, was built between 1984 and 1988 for high-ranking communist officials. It is now called the Na Homolce hospital, and the head of the cardiology ward Petr Neužil, started working here just months before the Velvet Revolution.

“All the equipment was pretty modern and new and the system we had you couldn’t find anywhere else. But what you wouldn’t find here was a good level of medical care because here we didn’t have specialists. All specific procedures were done by doctors from other hospitals. So in this respect, it was absolutely different. You could get good meals, and good beer. And to be fair, we had a very good nursing system. Nurses were communicative and they were trained to be nice, and they were very professional.”

The end of privileged health care was one of the changes the hospital has seen since 1989. Dr. Neužil says that the quality of health care provided has also dramatically improved.

“What we changed in the last 20 years is we changed the level of our diagnostics and treatment. We not only changed the so-called communist health care system but even some standards we inherited from the Austrian Monarchy. The care was centralized in Prague with only a few exceptions. Nowadays, compared to 20 years ago, we have 13 cardiac centres providing high level care.”

But the changes came at a cost. Transforming the communist health care system has been one of the greatest challenges of the post-1989 era. In total, there have been 17 health ministers, more than any other governmental positions. With all the new technologies and other developments, it has been very difficult to keep the health budget balanced. 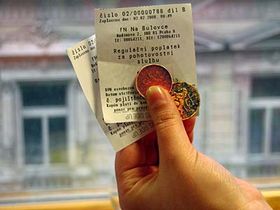 Last year, the former right-of-centre government launched an ambitious health care reform but only parts of it were actually put in practice, most notably health care fees. Czech patients now pay for each visit to the doctor, for hospital stays and also for each item on their drug prescriptions. This provoked some strong reactions. Josef Mrázek is from the Czech Patients’ Association.

”The biggest change has been that now we can get everything of top quality, such as medical products, equipment and so on, and also the salaries of physicians and nurses have improved. But there is a big danger now that our government tries to follow the example of the United States rather than that of the Scandinavian countries.”

Mr Mrázek believes that the reform was unnecessary, and only caters to the business interests of medical companies and pharmaceutical firms. In his view, the system worked before and could work just as well in the future.

“The project of [former PM] Mr Topolánek and [former health minister] Mr Julínek is to help businessmen to get more money from the health care system. They are big liars, I must say. In the last years, we couldn’t use some very expensive medical products on full scale, but we always used them whenever it was necessary for the patient. And so it can continue.”

But many would not agree with the Patients’ Association. Private care, particularly in Prague, is dynamically developing, providing top level care to those who can afford it. This is particularly true about dentists. Ladislav Česnek graduated in the spring of 1990, after he was a member of his medical school’s strike committee during the Velvet Revolution. Two years after graduation, dr. Česnek became the fourth private dentist in the country.

“When I first started, I was working with the insurance company. But I wasn’t able to provide quality care for their prices. What they paid back then was ridiculous; it didn’t even cover the costs, not mentioning any kind of reasonable profit. Their payments in the early 1990s were also delayed, up to six months sometimes. So I could not work under this system and I broke off from the insurance system and in 1993, I started working purely on a private basis.”

Another important aspect that has changed over the years is the attitude of medical staff to patients. The most popular character from the 1970s Hospital in the Suburbs TV show was dr. Štrosmajer, a funny man, but exceedingly grumpy and cynical to his patients. Professor Luboš Rob from Motol hospital again.

“It’s true that the improvement in communication with patients has been big, and if we look at the period of the last two decades, I think that now we have the Western standard. But in 1990, we had the Eastern standard.” 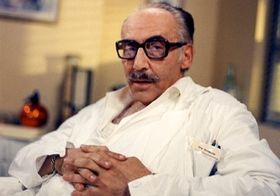 “I think that for this doctor, who for us was so great and hilarious, there would no place at any teaching or high quality hospital.”

Twenty years after the fall of communism, Czechs get very much the same health care as anywhere else in the developed world. But without serious reforms, particularly of its funding, that may soon change. Reforming the system therefore remains one of the most pressing issues for any government to come. 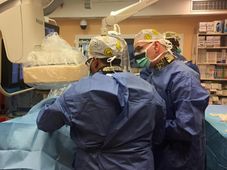 Cardiologists at Prague’s Na Homolce hospital implanted the world’s smallest pacemaker into a patient last week. It was the first operation…