In the latest edition of our series about some of the greatest works of Czech classical music the focus is on Poem, a short but stirring symphonic work by composer Zdeněk Fibich. 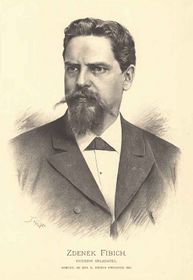 Zdeněk Fibich Many works of classical music have been drastically altered in the revision process; whether a piece has survived numerous alterations has depended only on the potency of its musical idea. However, Zdeněk Fibich’s Poem boasts a melody that became famous precisely because of an alteration.

It is usually said that Poem is a part of At Twilight, a lovely symphonic work of about 13 minutes. However, few are aware that it is also part of another work, Moods, Impressions and Souvenirs, which was composed for the piano by Fibich.

Fibich’s personal life was filled with unhappiness. His children and first wife died tragically and he then married his late spouse’s sister in a chiefl pragmatic arrangement. Then, however, at the age of 42, Fibich fell madly in love with the much younger Anežka Schultz, whom he taught musical composition. She came from a prominent Prague family and his whole world was turned upside down by the affair.

Just as importantly, the composer’s newfound romance sparked an explosion of creativity, which mapped his deep and passionate relationship with the young Anežka. This led to the creation of Moods, Impressions and Souvenirs. Critics consider the piece to be very discordant, but it is in that way true to Fibich’s disparate experiences. Indeed, it is said that the work is basically a diary of the composer’s love life.

A curiosity: some of the little compositions, which were called “pieces” by Fibich, have names. Examples include “How we sat together at Žofín” and “How Anežka studied”. 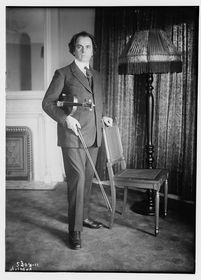 Jan Kubelík In his work, Fibich conveys the beauty of Anežka’s body, her personality and her insecurities. He also tells stories that they experienced together.

Fibich’s opuses and wide collection of works for the piano are only known in detail by relatively few people. So the placement of Poem within the greater composition Moods, Impressions and Souvenirs was a surprise even to the famous pianist Marian Lapšanský, who was able to play it masterfully.

This short composition would probably have been buried in the much larger Moods, Impressions and Souvenirs, and may have remained unknown to us, were it not for the Czech violin virtuoso Jan Kubelík.

He was the one who discovered Poem – and gave it its name. Most importantly, Kubelík changed the original melody to the one we know today. Kubelík’s version consists of several extra opening measures that are not in the original piano version. This is also true for his orchestral version.

Kubelík took pretty much the whole overture of this melody from At Twilight, meaning it is Fibich’s overture, not his. The main melody appears several times, with its interesting middle part consisting of several flute solos.

Fibich had allegedly wanted to convey the sounds of nightingales at Prague’s grand Žofín, where he regularly walked to visit Anežka. He lived close by, on Ostrovní St., so the trip to Žofín was a short stroll for him.

Today you won’t hear many nightingales in the centre of Prague. But the emotions that Fibich experienced there so long ago remain with us to this day.

The Best of Czech classical music series was created on the basis of Lukáš Hurník's and Bohuslav Vítek's project "Millenium hits" which was broadcast on Czech Radio Vltava.

"Christmas Eve" is the first ever concert melodrama that was introduced to the Czech audience. In celebration of the 130th anniversary of… 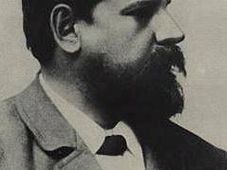 Zdenek Fibich - the master of the melodrama

Today we look at the least known of the founding trilogy of Czech classical music in the 19th century, that's Zdenek Fibich, who is…