Karolína Plíšková, photo: ČTK/AP/Eugene Hoshiko Karolína Plíšková scored a huge success on Sunday when she lifted the women’s title in Tokyo. In the final match of the Pan Pacific Open, the Czech women’s tennis number two stunned Japanese sensation Naomi Osaka in straight sets. The fourth seed took just a little over an hour to complete a 6-4, 6-4 victory over the newly crowned US Open champion. This is what Plíšková had to say after capturing her 11th WTA title.

“I don’t think I played my best in today’s match but I served really well and it was obviously enough. I won several hard matches and I overcame several critical moments on the way, so my confidence has grown and I guess it made the match a bit easier today.”

Radek Štěpánek to play Tommy Haas in his farewell to tennis 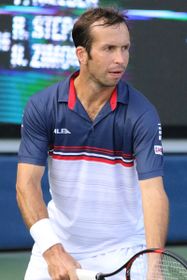 Radek Štěpánek, photo: si.robi CC BY-SA 2.0 The two-time Davis Cup winner Radek Štěpánek has revealed the last star to take part in his farewell to tennis, set to take place in Prague’s Libeň district on October 18. Along with Novak Djokovic and Leander Paes, the exhibition match will also feature the former World No. 2, Tommy Haas.

“He is a very good friend of mine. We have spent many hours training together and later on in our careers we challenged and inspired each other. So you can look forward a double game featuring Stěpánek- Paes against Haas- Djokovic.”

Štěpánek, the former eighth best singles tennis player of the world and a bronze medallist in mixed doubles from the 2016 Rio de Janerio Olympic Games announced the end of his career last November. 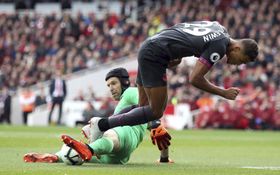 Arsenal head coach Unai Emery said after the match that Čech’s performance has managed to silence his critics, who have been questioning whether he was the right person in the goal after Arsenal had signed the young German goalkeeper Bernd Leno.

Czech cross-country mountain bike racer Kateřina Nash took the bronze medal in the first round of the Cyclo-cross World Cup in Waterloo in the United States. The 41-year-old racer finished 27 seconds behind the winner, Marianne Voss of the Netherlands. It is the fourth consecutive year Nash has reached the podium in a World Cup opener.

Slavia beat Bohemians 1905 and move to top of table 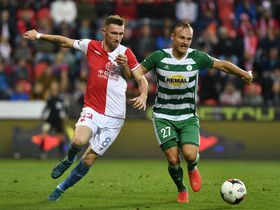 Slavia Prague - Bohemians 1905, photo: ČTK/Michal Kamaryt Slavia Prague have replaced Sparta at the top of the Czech soccer league after a 1:0 victory over Bohemians in the Vršovice derby on Sunday. The only goal of the match was scored by Slavia midfielder Jaromír Zmrhal in the 37th minute. The fourth consecutive win sees Slavia move back to the top of the Czech soccer league. Meanwhile, Bohemians 1905 drop to the seventh spot, lagging thirteen points behind their rivals Slavia.

Slavia Prague have qualified for the Champions League for only the second time ever and the first time in 12 years. But how have Slavia…