In Sports News this Monday: Hejnová and Špotáková triumph at Diamond League meeting in Rabat; now official world tennis number one Plíšková outlines how her game can improve further; and Schick’s move to Juventus has become fiasco says Sampdoria’s owner.

Hejnová returns from injury with best time of season 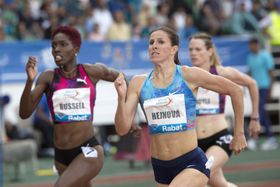 Zuzana Hejnová, photo: CTK The Czech Republic’s Zuzana Hejnová came first in the women’s 400 metres hurdles at a Diamond League in the Moroccan capital Rabat on Sunday. What’s more, the 30-year-old did so in her best time so far this season: 54.22 seconds. Hejnová had been struggling with Achilles problems in recent weeks and was extremely pleased after her success in Morocco.

“I came to Rabat more or less straight from a training camp in Nymburk, where I did quite a lot of work. I’m really satisfied and I believe that once I get some rest my form will improve even further – and that it’ll be a lot better at the World Championships.”

With under three weeks to go to the World Athletics Championships in London, another Czech athlete who seems to be finding form at the right time is javelin star Barbora Špotáková. Špotáková built on a great showing in the UK capital a week earlier with another Diamond League win in Rabat. The 35-year-old’s first throw of 63.73 metres on Sunday was her best and was enough to secure another victory. 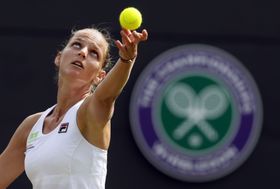 Karolína Plíšková, photo: CTK It’s official, the release of the latest standings on Monday has confirmed that Karolína Plíšková is the world women’s tennis number one. The 25-year-old Czech is 185 points ahead of second-placed Simona Halep of Romania, with both having overtaken the previous number one, Angelique Kerber of Germany. Plíšková, who is yet to win a Grand Slam tournament, says she still has some room for improvement.

“One area is the physical side. My movement on the court still isn’t ideal. But I’m working on it and it’s getting better slowly but surely. We’re also trying to make my play more aggressive – and that will also take a bit of time. So everything is improving but it just needs some time.”

The top Czech men’s player, Tomáš Berdych remains 15th in the rankings, after reaching the semi-finals at Wimbledon, where he was knocked out by eventual tournament winner Roger Federer.

Patrik Schick’s transfer from Sampdoria to Juventus for a reported EUR 25 million at first appeared like a fairytale for Czech soccer. But weeks later the deal has still not gone through after Juve’s doctors still had questions following the 21-year-old’s initial medical examination. Now the owner of Sampdoria, Massimo Ferrero, has dubbed the situation a fiasco and even warned that the Genoa club could sell Schick to another team.