The anti-Babiš demonstration at Prague’s Letná: Questions and answers 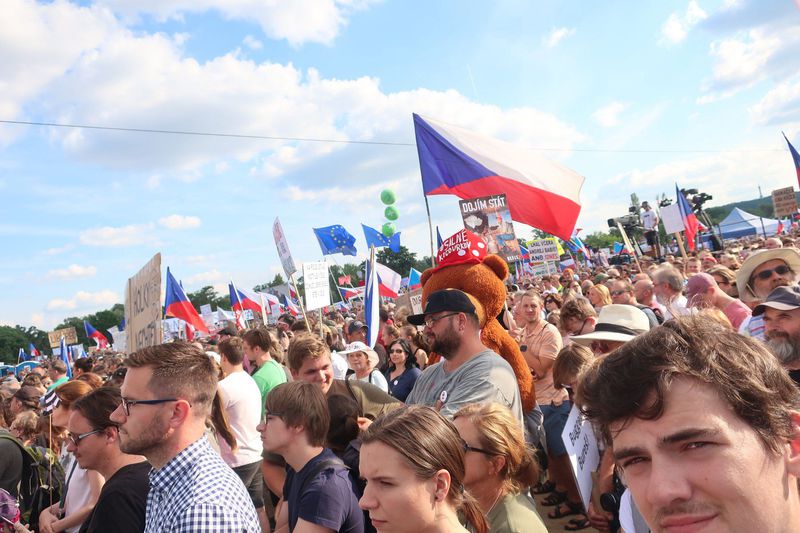 Why is the demonstration taking place?

Protestors are demanding the resignation of Andrej Babiš. They suspect the Czech PM of seeking to influence a criminal investigation into suspicions he committed EU subsidy fraud.

A day after the police recommended that the state prosecutor file charges against him, the minister of justice was changed.

Critics see this as a blatant attempt to interfere in the investigation and are also calling for the removal of the minister of justice, Marie Benešová.

However, a recent European Commission preliminary audit found that the Czech PM still has command of Agrofert. The EC says all EU subsidies received by Agrofert since February 2017 must be returned, putting the figure that the Czech state should seek back from the company at CZK 450 million.

How has PM Babiš responded to the protestors’ demands?

Mr. Babiš stridently rejects all the charges. He points out that neither the Czech investigation into subsidy fraud nor the European Commission audit have yet been completed. He denies any wrongdoing, saying the accusations are part of a political campaign against him.

His ANO party took 29.6 percent of the vote in the last general elections and 21.1 percent in recent elections to the European Parliament, suggesting he enjoys the support of a sizable section of the Czech population.

Who is organising the demonstrations?

How long have the protests being going on?

In February last year Million Moments for Democracy began a petition drive aiming to collect a million signatures to an appeal for Mr. Babiš’s resignation on the grounds that he is facing criminal prosecution and is listed as an agent of the communist-era secret police.

At the end of April this year the group organised a protest immediately following the appointment of Marie Benešová as minister of justice that culminated on Old Town Square. Since then it has held demonstrations on Wenceslas Square, with the most recent drawing an estimated 120,000 people. Protests have also been held in scores of cities and towns around the country.

During the 1989 Velvet Revolution protests were switched from Wenceslas Square to Letná Plain, which is bigger, and the organisers of the ongoing protests have followed suit with what looks set to be the largest event of its kind seen in Prague in almost 30 years.