In the 1990s and early 2000s, Prague attracted numerous international or Hollywood productions, from the ambitious TV series The Young Indiana Jones Chronicles to the first Mission Impossible. There was Hellboy, directed by Guillermo del Toro, and Casino Royale, the first outing by Daniel Craig as the new James Bond, shot partly in Prague and in Karlovy Vary. However, things began to go south and the boom turned into a whimper. 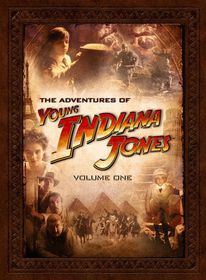 Rick McCallum, the legendary producer who headed projects like Young Indiana Jones and the Star Wars prequels, has only good things to say about the Czech capital and the local film industry. But there were years, no question, when times were tough.

“Prague changed dramatically after about 2012 when the rebates began to have an effect. But until then, we were losing a tremendous amount of work because there was no financial incentive to come to Prague. A lot of Czech crew were quitting the business or moving to Budapest where there were rebates. But since 2012, it has skyrocketed back.”

Retiring from Lucasfilm after it was bought by Disney, McCallum relocated to the Czech Republic, where he founded the production company Film United, which has gone from strength to strength. There are many positives about the local industry and the local infrastructure, McCallum says which helped put the Czech capital back on the map. 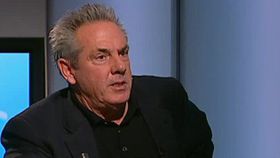 Rick McCallum, photo: Czech Television “There is an incredibly experienced and rich talent base here which does a number of jobs very well. The construction side is fantastic and the crews have grown immensely. As far as the city is concerned, it is an incredibly easy place to film. You can be at the studio from the centre of town in 10 - 12 minutes.

“It is also one of the most gentle of places for foreign crews, it is easy to move around, the food has gotten much better, the hotels are great and the apartments you can rent are terrific. I have never had a bad experience since we started filming here, making four films and three big series.”

Another who experienced both the boom and leaner years in the Czech film business is Brian Caspe, an American actor based in Prague since 2002. Caspe sought and landed numerous roles in international productions: small parts or featured extra roles in films like last year's WWII drama Anthropoid (in which he has a fatal encounter with Cillian Murphy) or the thriller Unlocked in which he performed alongside John Malkovich). The very first job Caspe landed in Prague came at the height of the filmmaking boom: the role of an agent charged with taking care of the big cat-loving demon, Hellboy, played by Ron Perlman. Brian Caspe: 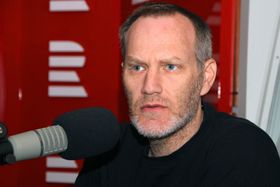 Brian Caspe, photo: Šárka Ševčíková “As an actor, you see just the tip of the iceberg. But the business was definitely doing booming then. It kind of peaked in 2006, but in 2008 there was the financial crisis. Between the situation when I first arrived and now, there is a lot more competition now.”

His agent fails to live long in the film, but longer, certainly, than in the original script. Caspe pulled off a small coup when he approached director Guillermo del Toro and proposed a more dramatic demise for his character: that he be killed by a stone pendulum which misses both Perlman and actor Jeffrey Tambor (Hey now!) but knocks him off an ancient bridge.

“I suggested to Guillermo that my character could make it all the way to the bridge. He said he would think about it. I thought that was the end of it: it was a huge production, and I thought there is no way I can pitch him this. A few days later the director came back to me and said 'Oh man, you are going to die a terrible death!' And that was it.”

Like other aspiring talent, Caspe has welcomed the return of opportunities when the industry rebounded from leaner years.

'Hellboy', photo: Columbia Pictures “Everybody I have had the chance to work with has taught me something. The only bad thing is that you always want more: meatier roles, more roles that have had an impact on the story.”

At different levels of the industry, in front of the camera or behind it, many consider themselves lucky to be based in the Czech capital. Simply put, it is a great place to make movies. Film United's Rick McCallum again:

“Last year, I shot with a Czech crew in Botswana and in London and that was the 50th country I have shot in. And although I have liked most of the places I go, Prague has always been a very special place for us.”

The Czech film industry expects to see a 75 percent drop in production by year’s end due to the coronavirus pandemic. The cinemas are…

Thanks to incentives, film projects realised in the Czech Republic brought in around USD 390 million to the economy last year, a record…