Like other post-communist countries, the Czech Republic has seen a large increase in the number of drug addicts in the last decade. The 'traditional' Czech drugs have been alcohol and tobacco, but in recent years cannabis and so-called 'party drugs' like ecstasy have become increasingly popular. To deal with this problem a new degree course has just been established at Charles University in Prague. 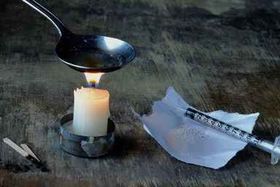 "We are just opening a new program. It is not a six-years program, it is a three-years degree for special councillors who are going to work in various institutions of long term treatment etc."

Says Jiri Raboch the head of the Psychiatry Clinic at Charles University's Faculty of Medicine, which has just opened a special department focusing on what is known as "addictology".

"Addictology is a rather new medical discipline which is interested in dependencies. It does not involve only drug dependencies but various other behavioural dependencies like dependencies on internet, computers and other various types of misbehaviour."

The most typical and most popular Czech drug has always been alcohol, beer in particular. But according to Jiri Raboch consumption of spirits is on the rise now.

"In terms of illegal drug consumption, there are two basic trends in the Czech Republic. The first is a continuing increase in popularity of cannabis and so-called dance drugs - that is ecstasy. But the second trend is positive - there has been a stagnation or even decline in the consumption of hard drugs, namely heroin and the Czech drug pervitine."

The organizers of the addictology program believe that the new discipline will have a positive impact on society. The programme's graduates can work in different spheres, not only as drug prevention councillors but also in other fields of social affairs such as police, army and the prison service.