The man dominating the papers today is clearly Finance Minister Bohuslav Sobotka, who has been appointed deputy prime minister by Prime Minister Vladimir Spidla, and has been given the task of coordinating the public finance reform process. 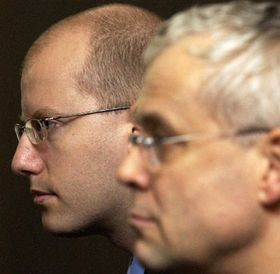 Bohuslav Sobotka and Vladimir Spidla, photo: CTK Pravo writes that the star of the 32-year old Social Democrat is on the rise, leading to speculation over why the Prime Minister has suddenly taken such a liking to his party colleague. The main opposition Civic Democrats and even some Social Democrats view it as an attempt to limit the powers of deputy prime minister and interior minister Stanislav Gross and to control the beleaguered Health Minister Marie Souckova, but Mr Spidla himself says it is a simple guarantee that the reform process will go ahead, the paper writes.

Mlada Fronta Dnes reports that Stanislav Gross has a master plan on how to combat crime, particularly the growing number of robberies and thefts. The minister's solution is simple: police officers will move their stations to the areas most affected. The locations of police stations were picked ten years ago and no longer meet our needs - it is time to move to districts where crime is rife, Mr. Gross is quoted as saying. An internal reorganization should also reduce the number of administrative workers and supervisors, and increase the number of police officers patrolling the streets.

The same paper reports that the fate of the Palestinian refugee from Lebanon who has been living in the transit hall of Prague's Ruzyne Airport for three months now remains undecided. The man arrived without documents on a flight from Turkey, which has refused to take him back. The man has also been refused asylum in the Czech Republic for unspecified security reasons. Czech Foreign Ministry officials are currently negotiating the possibility of his being granted asylum in a third country. 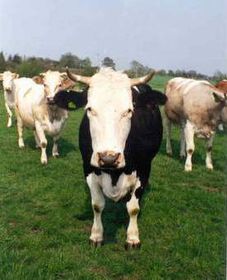 Hospodarske Noviny reports on the seventh suspected case of BSE, or mad cow disease, saying that it had not proved possible to ascertain how the confirmed cases of BSE in this country had been contracted. Although the sixth and seventh suspected case appeared in the past week there has been no decrease in the consumption of beef in the Czech Republic.

After the initial scare in 2001, when beef consumption dropped massively, people have been taking the news in their stride, the paper says. Public trust in the security measures taken appears to be strong, and with every new case of BSE those measures are strengthened, the paper concludes.

Lidove Noviny reports on how the attractive exchange rate has motivated thousands of Czechs to go Christmas shopping in Poland. While the Czech crown is stable, the value of the Polish zloty is decreasing, making it worthwhile for Czechs to travel hundreds of kilometres to the Polish border regions. And what do they buy? Everything from socks, to underwear, sausages, furniture, fur coats, and mobile phones. And what's more - the Poles accept Czech crowns, the paper writes.