Brno’s Martin Reiner is an award-winning poet and novelist. He also works closely with some of the Czech Republic’s other leading writers as head of the publishing house Druhé město (Second City). Our tour of “his Brno” begins in the tree-lined district where Reiner grew up, Černá Pole, around half an hour’s walk from the centre of the Moravian capital. 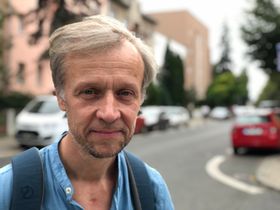 Martin Reiner in the Černá Pole district where he grew up, photo: Ian Willoughby “We are standing in front of the house where I spent the first seven years of my life.

“It’s still a place that I love very much, and from time to time – not very often – I come here and just stroll around.

“It’s always emotional, because it’s part of me.

“When I see the front door, which is exactly the same as it was 50 years ago, it’s nice.”

How would you characterise this area of Brno?

“We had a big park here where children could play games.

“If you look around, you will see a lot of cars. But I can remember the times when there were streets with two cars on them.

“And you could easily play football on the streets or play hockey with tennis balls.

“That was a great time for kids like I was.”

Today does this area retain much of the atmosphere of you childhood? I’m sure it’s changed a hell of a lot. Zemědělská St. in Černá Pole, photo: Ian Willoughby “With your mind’s eye you can still see the place as it looked 50 years ago.

“If you stand right here in front of my birthplace, just 200 metres to your right there used to be a terminal station of the tram.

“There was a cigarette machine hanging on the wall there, with all those old brands of cigarettes that disappeared.”

Probably it’s good they disappeared. I’m sure you’re talking about Start and all those horrible cigarettes, no?

“Even older than Start. It was Lípa, Partizánky, Marica.

“My grandma used to smoke 60 cigarettes a day [laughs] and her favourite brand was Marica.”

We met outside Kavárna Era, which is a famous café in Brno. But you were telling me earlier that in your young days it wasn’t in such great condition as it is today.

“I can remember that it had deteriorated into a pub with a not very good reputation.

“I can’t remember it, because I was about three years old, but I know from my mum that this pub was part of family legend.

“My stepfather used to go there regularly, once a week, on Friday, to have a beer. 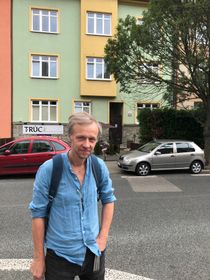 Martin Reiner in front of the building where he spent the first few years of his life. There is now a Vietnamese restaurant on the ground floor, photo: Ian Willoughby “I understand him quite well, because we were living in a small, one-roomed flat, with not only my mum and my stepfather and my stepbrother, but also with the mother of my mum, who was quite a nervous sort of person [laughs].

“And there was a very tense atmosphere in the flat.”

He went only once a week to the pub? I’m surprised he didn’t go more often, if there were so many people at home.

“He was a very serious man, and he wanted to be a family man.

“And I would really recommend him to go more often [laughs]. But he went there only once a week.

“My grandma hated it – and probably also hated him.

“And once, when we got back from the pub, my grandma took this heavy, metal ladle and started beating him all around.

“She was literally hammering him.

“And that was the end of my mother’s second marriage, as he couldn’t stand up to her mother. 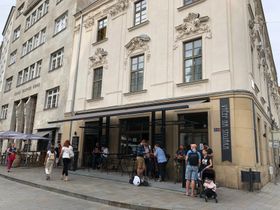 Výčep Na stojáka, photo: Ian Willoughby From Zemědělská St. in the Černá Pole district, Martin Reiner and I head downtown, specifically to the pub Výčep Na Stojáka on the square Jakubské náměstí. The pub is standing only and in the summer months crowds of drinkers gather in the square itself. Our guide says the hostelry’s success reflects a general upturn in beer culture in this part of the world.

“Moravia was never a kind of beer country like Bohemia.

“It’s not about us being wine country, it’s more about beer culture, which hasn’t been here before.

“But fortunately in the last five years maybe there are a lot of mostly quite small pubs with excellent taste in beers.

“They are places where they know how to treat the beer the way it’s needed, to get excellent results.

“This particular pub is part of the place which is the centre of nightlife in Brno.

“Now it’s too early, but in three, four hours you could count 200 people around this small square, being outside, having a drink, talking, having fun.

“When you look around you can see so many bars and pubs and restaurants here, one next to the other.

When you say it’s really busy with hundreds of people, what kind of people come here to Na Stojáka? 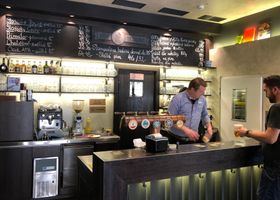 The taproom at Výčep Na stojáka, photo: Ian Willoughby “But there is a change and there is a difference when you compare it with, well, 10 years ago.

“Nowadays there are much more foreigners here than there used to be. That’s probably the biggest difference.

“Probably half of the people around would speak English or Spanish – and that’s something new for Brno.”

Something unusual I think is the fact that people stand here in this pub. We were just inside and I didn’t see any seats. How does that affect the pub, how does that change the atmosphere, when people aren’t just sitting at one table and not moving all night?

“Well, that’s almost a philosophical question [laughs]. I’m not sure I’m able to give you the right answer.”

I would expect that people would maybe speak more to strangers and have more interaction with people they don’t know, because typically in a Czech pub that never happens.

“Yes, you’re right. People mingle. They are in much closer connection with other people.

“They actually sit on the sidewalk, next to one another.”

There seem to be a lot of apartments around here. Don’t the locals mind that there are hundreds of people here in the street drinking?

“Fortunately we are behind a church, where there aren’t many people in the evening and during the night [laughs].

“And there actually aren’t so many people living in the flats around this square. 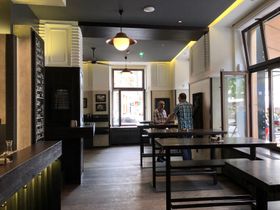 The interior of Výčep Na stojáka, photo: Ian Willoughby “But of course from time to time there is someone who doesn’t like it so much [laughs].”

I’ve been hearing a lot in recent years about how Brno has improved, how there are more cafes, more places to go, more cool spots. Why do you think that’s been happening in recent years?

“I think there are two main reasons.

“One of them is the exceptional constellation of politicians at City Hall.

“The second reason is of course the economic prosperity.

“And those two things, hand in hand, have been changing things in Brno.”

The last stop on our journey around “Martin Reiner’s Brno” is Petrov, a rocky peak whose cathedral towers above the city. The tiny district is also connected with the famous Brno poet Ivan Blatný, who was the subject of Reiner’s most ambitious and successful project to date, the 2014 novel Básník, or Poet. 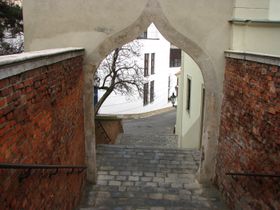 “It’s the most magnificent and the most prominent feature of the city.

“Actually, that’s why I used the name [Petrov] for my first publishing house, when I started with it in 1992.

“Then 14 years ago I changed the name to Druhé město.

“And I love this place, because near here is another flat where I lived in my childhood times.

“It’s a beautiful big house which is sort of famous, because the Haas brothers used to live there.”

Who were the Haas brothers?

“Hugo and Pavel, they were Jews. One of them was a famous actor and director, and cocaine addict…"

That was Hugo, the big film star?

“Yes, he was a big film star. And the other one was a composer.

“Also just a couple of metres from the place where we are standing right now there is a famous set of steps that appear in one of the most beautiful poems of Ivan Blatný.

“This is the heart of the historical city of Brno.” 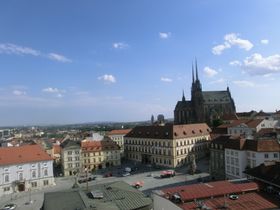 Cathedral of Saints Peter and Paul, photo: Benoît Rouzaud Does this place mean a lot to Brno residents? Is it significant to people in the city?

“It’s probably the first place where the city later called Brno was based.”

Obviously you have devoted a lot of interest and attention to Ivan Blatný. Are there many traces of Brno in his poetry?

“His second book is called Melancholic Walks and all those walks are walks around Brno.

“Actually I personally think that he sort of created a Brno that never existed.

“But it is a city that will endure in the minds of the people living here.

“And it’s probably a more real city than the one that existed 70 years ago.”

The name of your successful publishing company Druhé město means Second City. For you, what are the advantages and disadvantages of living and working in the country’s second city?

“If I moved the publishing house to Prague, which I could do, I could probably meet with my authors, with important people in Czech literature, daily in pubs and stuff like that.

“Which is important, because you are creating real, personal relationships. And that would be a sort of advantage. 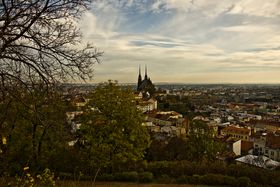 Brno, photo: Vít Pohanka “But the other side of the same subject is that Brno is a much quieter place where you can be yourself much more than in Prague, I think [laughs].

“Maybe that’s why for the last almost 30 years my publishing house is still recognisable.

“Actually 80 percent of my authors are living in Prague, and we are such a small country that this doesn’t make a big difference.

“That’s the most important thing [laughs].” 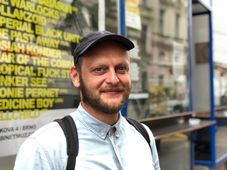