You’ll find them in Kosovo, Ukraine, Afghanistan or Iraq – Czech experts have been involved in civilian missions the world over for 15 years now. They help in war-torn countries and countries struggling to make a transition to democracy as the Czechs themselves did more than 25 years ago. The Czech Foreign Ministry recently organized a conference to mark 15 years of the country’s participation in civilian missions, assess the contribution made and chart a strategy for the future. Petr Gajdušek, State Secretary at the Ministry of Foreign Affairs, visited Radio Prague’s studio to talk about the conclusions drawn and the ministry’s plans for the future. 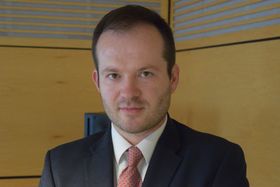 Petr Gajdušek, photo: Ondrej Tomšů “The main conclusion of the conference was that these missions are considered to be one of the most important instruments of Czech as well as European foreign policy in the area of security. The contribution made can be seen in two major respects, the first is the political aspect, the missions are considered as a demonstration of solidarity of the Czech Republic, as burden-sharing in times of crisis; burden sharing with other states as well as those which actually benefit from the civilian missions. Also such participation helps to strengthen the voice of the Czech Republic during multilateral and bilateral negotiations and also it helps to spread the good reputation of the Czech Republic across the globe. But also, there is the security aspect, the missions contribute to building up stability in war zones and conflict areas and also help to prevent potential conflicts.”

Over the past 15 years the country has sent some 250 experts to missions in 19 countries the world over – how are these missions chosen –does it depend on what experts the Czech Republic can provide best?

“Actually, we have sent out more than 300 experts now. These countries are chosen in accordance with the priorities of the Czech foreign policy –for instance, the Western Balkans or Eastern Europe or unstable areas in countries such as Afghanistan or Iraq. Currently we are seeking to send more experts to Ukraine.”

You mentioned the security aspect of this. Obviously now a big security issue is the migrant crisis. Is there an accent on curbing migration? On improving the situation in certain countries? 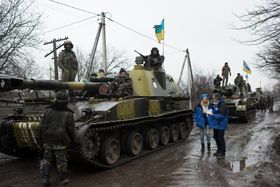 OSCE mission in Ukraine, photo: OSCE, CC BY 2.0 “The primary goal of these missions is to stabilize the given country, to help with the reforms being implemented and so on, so the primary goal is not to curb immigration as such but we are of the opinion that in this way we are able to address issues closely related to the migrant crisis.”

Can you say what kind of experts we are sending, to what countries and what missions?

What countries are we sending them to?

“For instance, the Balkans, Eastern Europe, Afghanistan or Iraq. “”

So basically, we are sending them to war-torn countries or countries that have passed through conflicts and need rebuilding, that need to establish a democratic system, is that right?

How long do these missions last on average? I understand there are long-term and short-term missions…

OSCE mission in Kosovo, photo: OSCE, CC BY 2.0 “These missions take up to several years. The longest mission, currently, is in Kosovo, where we have been involved since 2008, there is our mission in Ukraine since 2014, and there are short term missions for instance monitoring of elections which may take several weeks.”

So in some countries it is a long-term commitment –and you take that into consideration when signing up for it?

“Yes, of course it also largely depends on the purpose of the mission and what it will entail.”

How are these missions received by the target countries, by the locals? And how is the Czechs’ performance rated?

“The perception of these missions is very, very positive. At the conference marking the 15th anniversary since the start of Czech participation in international civilian missions, Kenneth Deane who is in charge of the EU’s civilian missions stated that the competence and the experience of the Czech experts are of outstanding value and expressed the wish that our experts should share their experience with those who will replace them in the future. So I think that the Czech experts are held in very, very high esteem. And the response I would say is very positive and overwhelming in many respects.” 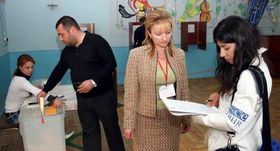 OSCE mission in Armenia, photo: archive of Czech Foreign Ministry / OSCE / Urdur Gunnarsdottir Presumably you try to avoid giving the impression that you are interfering in a given country and emphasize that the aim of our presence there is to help and share know-how…

“That is the point, exactly.”

Do we offer our expertise as a country that itself has undergone the transition from a totalitarian regime to democracy?

“If we look at the most important missions in which Czech experts are involved – our missions in Georgia, in Ukraine, in Kosovo and so on – you can see that we send our experts to countries that are facing the same challenges that we ourselves faced twenty-five years ago. I cannot say that we send our experts specifically to countries with a similar historical experience but obviously we have many experts in this field and there is a high demand for them.”

Which missions that we have been involved in have proved the most difficult and where have you seen the most significant results?

Věra Ivanovičová served in the OSCE observer mission in Ukraine, whose members were first on the site of the Malaysia Airlines plane shot down over Eastern Ukraine: “At first the local people were wary of us and what we were doing there. So we always painstakingly explained that we are there at the invitation of the government of Ukraine, that we are there to help, to monitor the situation and find out about their problems. We made it clear that we were not on anyone’s side and the information collected, which must be totally unbiased, would go to Vienna and come back in the form of recommendations to their government. This was well-received since many of them felt the world had forgotten about them.”

“It is hard to say which mission is the most difficult, because in every country where Czech experts are present there are many issues, many challenges and I really cannot make a judgement in this respect. But a few weeks ago I met with a Czech expert who worked in Ukraine and he told me about the issues and problems he faced in Eastern Ukraine which is actually a war zone, a conflict zone. These experts often risk their lives in order to help the countries they are sent to. This specific meeting showed me that there are countries where life really is at stake.”

I understand that the Czech Republic wants to increase its representation in international organizations, can you explain why it is important to do so?

“Currently we are drafting a new strategy on how to increase the number of Czechs working in these international organizations. In civilian missions we are very successful and there we are definitely not underrepresented. For example in the last 15 years we sent more than 300 experts all over the world, and if you look at the ratio we have one Czech expert per half a million people, while in the UK they have one expert per 2.5 million people, so the ratio is good when speaking about civilian missions as such. However we are underrepresented in international organizations. If you take into account that we are members of almost 500 international organizations and we pay substantial financial contributions, taking into account the budget of the Ministry of Foreign Affairs, then in some of these organizations we are underrepresented and this is something we would like to change.” 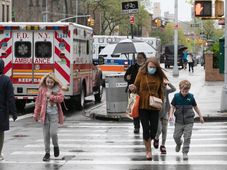 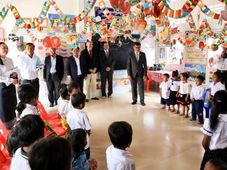 Helping children in Cambodia get a pre-school education

In addition to the Czech Republic financing developing aid projects around the world, the network of Czech embassies provides aid in…