Moscow 1968 protester Pavel Litvinov: We didn’t hope to achieve anything – we just felt we have to speak

On August 25, 1968 eight brave souls held a public protest on Moscow’s Red Square against the Soviet-led invasion of Czechoslovakia. They all paid dearly for that act of fearlessness and defiance, receiving punishments including jail terms, internal exile and forced psychiatric treatment. The organiser of the demonstration was Pavel Litvinov, whose grandfather Maxim Litvinov had been Stalin’s foreign minister in the 1930s. This week Mr. Litvinov, now resident in the US, was in Prague for events marking the 50th anniversary of the invasion. When we spoke, I first asked him what had led him to abandon his Communist elite background and become a dissident. 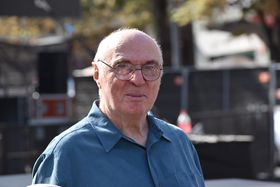 Pavel Litvinov, photo: Ondřej Tomšů “After Khrushchev’s speech at the 20th congress of the Communist Party I learned that Stalin, whom I admired and loved as a kid, was really a criminal.

“I felt that something had to be done and the system had to be changed.

“But the changes in the country were very slow and when Khrushchev invaded Hungary we were disappointed in Khrushchev and became very cynical.

“But then it became clear that life depends on us and I became one of the founders of the so-called dissident or human rights movement.

“I felt that I have to speak up when I know that people are being arrested and put in mental hospitals.

“I started to speak up and around me appeared a group of people, relatively small but behind it were maybe millions who somehow sympathised and learned about our activities through foreign radio stations: Radio Liberty, Voice of America, BBC.

“So that became a kind of mood which later became known as dissidents.” Konstantin Babitsky, photo: L. L. Kasatkin, Wikimedia During 1968, how did you even come to know about the Prague Spring movement? I mean, was it much covered in the press in the Soviet Union?

“It was covered very little and in a very distorted way.

“But we could already read between the lines and when they said that the Czech intelligentsia kind of started to sympathise with bourgeois capitalist ideas, we knew that they actually sympathised with human rights and free discussion.

“But we were listening at that time to Voice of America, BBC and Radio Liberty and got a lot of information.

“Another thing that was important was that Czechoslovak newspapers, like Rudé Pravo, Literární listy and some others were sold, because nobody could read them.

“But among my friends – future participants in the demonstration – were Larisa Bogoraz, Natalya Gorbanevskaya and Konstantin Babitsky.

“All three of them were professional Slavists who knew the Polish and Czech languages and translated.

“So we started to circulate things which were happening.

“It became obvious that sooner or later the Soviet authorities won’t tolerate those developments and would send troops.”

“I became very sympathetic to Alexander Dubček who slowly but consistently started to improve the possibility of conversation between people, freedom of information.

“For us the Czechoslovak Spring, the possibility to build socialism with a human face, in Dubček’s expression, became something where we thought, What if it happened in our country?

“We were not naïve. We knew that it’s a different country. But at the same time, we felt a very deep connection with the Czechoslovaks and followed what was happening. 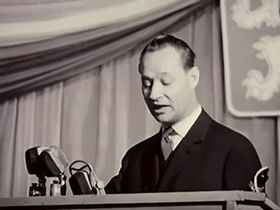 Alexander Dubček, photo: YouTube “At some point it became obvious that sooner or later the Soviet authorities won’t tolerate that development and would send troops like they already did in Hungary and Germany before that, that it was a question of time.

“And among us, at least in my small circle of friends there was a feeling that if they do it the only thing we can do is to get to Red Square and demonstrate.

“So it became a kind of idea which was in the air among my friends.

“They said, Pavel – because everybody knew me, I was at that time kind of a central figure where many lines intercepted –, if they send troops, tell us, we’ll come with you.

“I was ashamed that in my name a big country occupied a small neighbour for nothing but trying to define their own destiny.”

When you held your demonstration on August 25, 1968, what were you hoping to achieve?

“We just felt that we have to speak.

“We didn’t hope to achieve anything. We knew that the troops won’t be taken out because of our demonstration.

“The Soviet authorities were saying that all the Soviet people support the invasion of Czechoslovakia because Czechoslovakia wants to stop building socialism and will be inviting West German, which means the Nazis, in Soviet official language, troops there, and the Soviet Union had the full support of the people.

“But we said, Not full support – I am not one of them. So that was the feeling, that we have to say it and people have to know that not all Russians were in favour.

For Your Freedom and Ours, photo: CzechTV24 “That was what we wanted to do. I was ashamed that in my name a big country occupied a small neighbour for nothing but trying to define their own destiny.”

You unfurled a banner on Red Square reading For Your Freedom and Ours. What were you saying with that message?

“In the 19th century the Poles were under the Russian empire. There was a Polish revolt and during that time a Polish émigré used to meet the famous Russian writer and émigré Alexander Gercen in London and they would drink together ‘for your and our freedom’. 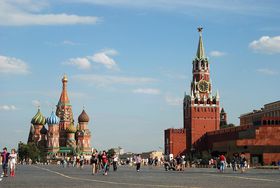 Red Square in Moscow, photo: Alvesgaspar CC BY-SA 3.0 “The idea was, there cannot be freedom for Russia if we deprive our small neighbour of freedom.

“A free country cannot be free by occupying another country.

“We felt we [and the Czechoslovaks] were like brothers – we will be free together or never.”

And your own freedom very quickly came to an end when you began your protest.

“Yes, it definitely did. I was beaten and taken to a police station and eventually sent into exile in the Far East, in Siberia, where I worked as an electrician in the mines.

“It was hard and at some point I got really sick. But at the same time I expected worse.

“I was ready to go to a labour camp, behind barbed wire, for seven years and I got just five years of exile where my wife and son could join me. My daughter was even born there. 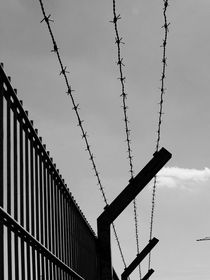 Ilustration photo: Pixabay/CC0 “So it was much better. I expected worse and was prepared for worse.”

But still, five years in Siberia is a big chunk out of your life. Did you ever regret what did?

“No. Absolutely not. I have something to remember and be proud of.

“In the last 10 years people suddenly started to talk about it as among the important historical events of the 20th century.

“We didn’t expect that. But I feel proud and glad that I did it.”

When did you start learning that there were other people in other places in the then Eastern Bloc who carried out similar protests? Also I guess you must know many of these people today.

“I know about many protests which happened or which people planned but were arrested before doing.

“We kind of felt that there is a brotherhood of people, both inside the Soviet Union and elsewhere in Eastern Europe, who feel the same way.

“Even those countries which call themselves communist, like China, they are not real Communists.”

“We couldn’t necessarily be in contact all the time, but we heard about each other – foreign radio was very important.

“So there was a brotherhood of people who wanted freedom. We felt each other’s shoulder.”

How do you look back today on what you did 50 years ago?

“With pride. And even with a feeling that we somehow contributed to the fall of communism and the Berlin Wall and the freedom of Czechoslovakia.

“Unfortunately we didn’t bring freedom to Russia on the same level, although Russia today is freer and communism doesn’t exist there. 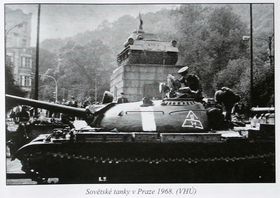 August 1968 in Prague, photo: Military Historical Institute “But what exists is a cynical government which cares about power and money only.

“But at least there is no communist idea distorting humanity. That’s dead, at least in Russia and most of the world.

“Even those countries which call themselves communist, like China, they are not real Communists.

“They are a special type of state capitalism and even, to some degree, successful.

“So at least that part we won. But we still need in Russia and in China for that matter a free press, independent courts and basically independent free enterprise.

“We have Putin and Zeman and Trump, who don’t care about freedom, who are cynical curs.”

“All these things have to be reached.

“We see today in Russia, the Czech Republic and America some nationalist tendencies.

“We have Putin and Zeman and Trump, who don’t care about freedom, who are cynical curs and would rather have the quiet of the cemetery than free, dynamic life.”

You’ve been living in America for many years. But do you know, do many people, especially young people, in today’s Russia know about what you did in 1968?

“It’s hard to say, but if you start talking to people, they’ve heard about it, though they don’t about it exactly.

“But definitely if you asked that question 20 years ago, nobody would have heard about it. It was almost non-existent.

“Now, somehow by some mysterious historical process, they know more.” 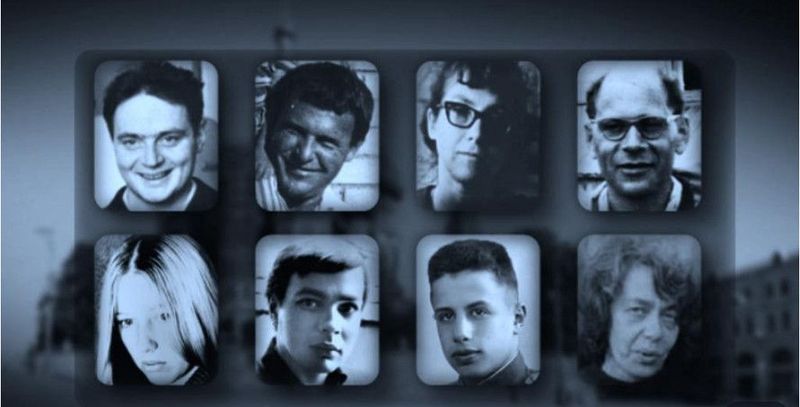 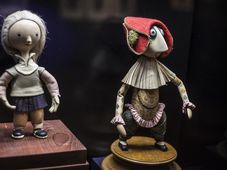 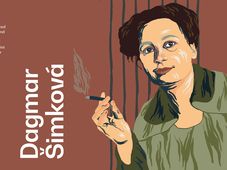 A political prisoner who was convicted of denigrating communist leaders and hiding military deserters. 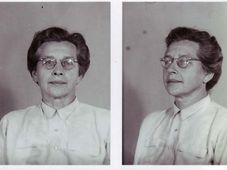