Metronome, Prague’s biggest music festival, will bring the likes of Liam Gallagher and Kraftwerk to the Výstaviště exhibition grounds for its fourth edition on June 21 and 22. A few weeks prior to that, the city will host the free festival United Islands of Prague, which first took place exactly 15 years ago, when the Czech Republic was celebrating accession to the EU. Both of these events are the brainchild of promoter David Gaydečka. When we spoke at his company’s bustling offices, I first asked Gaydečka how he had got into music promotion. 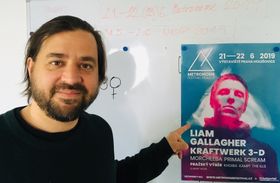 David Gaydečka, photo: Ian Willoughby “The first step was we started a band in high school.

“The second step was I found out that this band needed a little management, so that we didn’t end up in chaos doing shows and stuff, though it was still kind of a fun band.

“The third step was I was kicked out of the band because I didn’t have time to practice.

“With my good friend Štěpán Kubišta, who is responsible for, for example, Jatka78 and other places in Prague, we started a little agency.

“We just wanted to invite some of our favourite bands that never played in the Czech Republic. It was the end of the ‘90s.

“We made some attempts. We were quite beginners on the scene, so I think bands didn’t take us too seriously and I think venues were also quite cautious when cooperating with us.

“But we succeeded and did our first shows. And at that time we started a little outdoor festival outside of Prague.

“That’s how it started. And then it grew a little bit, till now.”

Tell us about the beginnings of United Islands of Prague, 15 years ago now. Was it connected with EU accession in some way?

“With Štěpán we were doing shows on Střelecký Island. It was part of the summer movie theatre there, in, I don’t know, 1999, 2000.

“I was thinking it would be cool to do a festival on islands. Then I told myself it’s probably nonsense, because somebody would already be doing it.”

“Once we had this chance to book legendary British and American bands on similar dates. It was Johnny Winter, the blues rocking hero, and the Blues Brothers band, the movie band.

“They had the same weekend open and they were available to go to Prague, so we thought, Let’s do this as Summer City Island.

“We did a little… or maybe it was already quite a big festival on Střelecký Island.

“And when cleaning up I was looking at the river and I could see many islands: Kampa, Dětský ostrov, Žofín and others.

“I was thinking it would be cool to do a festival on islands.

“Then I told myself it’s probably nonsense, because somebody would already be doing it.

“Still I wrote a letter to City Hall and some other people and it was surprising to me that they invited me for meetings and it sounded like it might be possible and that I was probably the first one who come along with the idea.

“And yes, it was very close to EU enlargement and we knew that EU countries were going to celebrate and have huge shows and that the European Broadcasting Union – which is the national TV channels union – would be kind of switching from one country to another and saying, Look, the Czech Republic is greeting the European Union. United Islands of Prague, photo: archive of Radio Prague “We thought it would be cool if United Islands, just a one-time event, becomes a celebration.

“We tried. It didn’t end up as that. I think the TV was broadcasting Mr. [Petr] Kotwald, some kind of totalitarian pop music.

“But still, many people – it was maybe 50,000 – came to celebrate at United Islands. So it was the biggest event on the date.

“And we lost lots of money. Because it was the first big festival in our lives and there were lots of naive expectations.

“So we ended up almost going bankrupt, but we worked hard in the next years and got out of that situation.

“What was interesting was the festival was received quite well, so we were asked by some other people to do it again.

“This is how the tradition started.”

But after that the festival was forced to move off the islands?

“When the flooding came we had to move United Islands.”

“So when the flooding came we had to move it out.

“We thought it would be OK, because the flooding was at the end of May or the beginning of June, three weeks to United Islands, but suddenly we received this letter saying we had to close the festival that year because there was lots of water soaked in the grass, in those areas, and trees might fall down.

“It was one week to the festival. But thanks to the City Hall of Prague 6 we were able to move it to Ladronka.

“It was the 10th anniversary of the festival when that happened. We prepared that edition [at Ladronka] twice, actually.

“Then in the following years… If you use public spaces in Prague, you have to be aware that there are some reconstructions going on. Also the public are involved.

“So every year the festival’s shape was different.

“The last three years we even decided not to do it on those islands in the centre, because they are used for many other events nowadays. 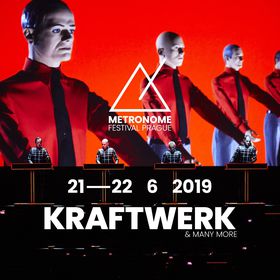 Photo: archive of Metronome Festival “We felt that it doesn’t sound so unique any more to do united islands.

“So we decided to go to Karlín, which is one of the parts of Prague that is changing very quickly and has its own neighbourhood, its own community.

“We moved there and maybe we will travel around Prague and show our audience some new parts of the city.”

A few years ago you started the Metronome festival, which is a big commercial festival in Prague. How come Prague for so many years didn’t have a major music festival?

“I have to say there were many attempts in the ‘90s.

“I think the Sun festival was one of the first ones. E.T. Jam was one that I visited at least twice – I think it had three editions.

“Later there were some other attempts. I think Prague City Festival was one of them.

“The problem is that it’s not really easy to do a festival in Prague.

But [2017 headliner] Sting still demands the same amount of money here that he gets paid in Germany, for example?

“Yes. To do a major festival in Prague you’re on the global market, not on the Czech market.

“So Sting, Kasabian or this year we’ll have Liam Gallagher from Oasis – it’s the same cost to bring him here as to Berlin.

“It’s the same cost to bring Liam Gallagher here as to Berlin.”

“That’s problem that probably those festivals [in the past] could have faced.

“Also the problem is that in history Prague citizens just worked here; because of communism and all that bullshit they were escaping the city, living in the country, where they had freedom of speech in their gardens.

“This tradition kept going almost till now, but it has changed a lot in the last 10 years.

“So for example when we started United Islands it was pretty hard to keep Praguers in Prague on the weekend.

“As for camping in Prague, you’d probably prefer to camping to Ostrava or to some city where you feel comfortable and not like a real punk.

“That’s probably why we had to wait with this Metronome kind of big festival until people could afford hotels and our visitors could have a different festival life than they do at those field festivals.”

In preparing for this interview, I saw an old interview with you with the headline “Iggy Pop helped our festival”. How did he do that? 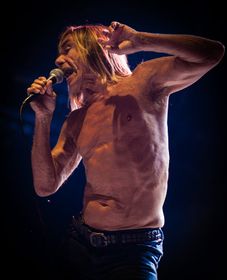 Iggy Pop, photo: Eddy BERTHIER, CC BY 2.0 “When you’re doing a first edition, which we did in 2016 with the Metronome festival, to bring someone that could be really cool for the audience, can bring a big crowd to the event and can do a good show, it’s not easy.

“There are many of those, but to go to a new event… I can imagine if I was Sting I would feel, Maybe let’s wait for the second year – if it doesn’t work well, it would also get associated with my career.

“So it was quite hard for the first edition to bring someone that would start it with us.

“But Iggy Pop’s management’s answer, and probably his, was, Why not? Let’s start a festival in Prague.

“So they were the first act on the bill.”

How do you select the headliners? For example, last year you had Massive Attack, The Chemical Brothers, groups who have been around for 25 years and I guess have fans who are maybe in their 40s and have some money. Is that something that you need to do, to get those kind of headliners?

“I think our festival is different from others in two things.

“One is it’s in the centre of a city, of the historical city of Prague. It gives people all that Prague can offer.

“So we definitely will have less of a camping crowd than other festivals that are outside of cities. There are huge ones like Glastonbury, but also ones like Colours of Ostrava in the Czech Republic.

“The second thing that’s different about our festival is that we don’t want to do this huge market of stages and of bands.

“We focus on four stages and for some people it might feel like it’s not a festival, it’s a unique concert series.

“We feel this is for an audience that’s a little bit more adult, that it’s not a teenage event.

“When we started United Islands it was pretty hard to keep Praguers in Prague on the weekend.”

“That’s why our programme doesn’t necessarily have to be only fresh and brand new – what’s trendy just in the last few months.

“So we kind of begin our programming with bands who made big careers in the ‘90s and have maybe kept them big till now.”

This year the headliners are impressive. You have Kraftwerk in 3D, Primal Scream and Liam Gallagher. Who are you most looking forward to seeing?

“I’m usually very eager to hear some new bands, so even though these are the headliners and I’m sure the shows will be very cool, I’m looking forward to bands like Jungle, for example, which is a newer band doing this kind of neo-soul show.

“I think, according to the negotiations and to the atmosphere in discussions, that Morcheeba will be a very good show.

“After divorcing a little bit and coming back now they really love each other and the audience will love their show as well.” 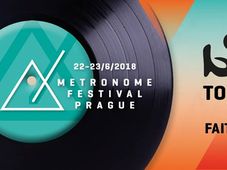 The two-day Metronome music festival kicks off on Friday evening at the Výstaviště exhibition grounds in Prague. Among the most awaited… 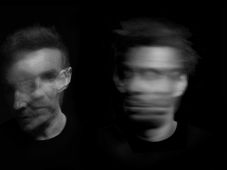 Prague as well as other cities and towns in the Czech Republic such as Brno and Ostrava remain a major draw for music fans, each year… 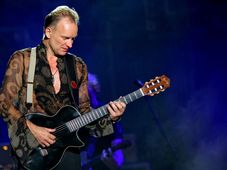 Sting: My father and grandfather had to point rifles at Germans – thanks to the EU I’ve never had to

The biggest star at this weekend’s Metronome music festival in Prague will without question be the UK musician Sting, who led The Police…