A former town planner, Martin Krise is now an architect and a leading member of the preservationists group, the Club for Ancient Prague. When we met recently the conversation ranged from the Club's activities to planning and development in the Czech Republic over the last 15 years. 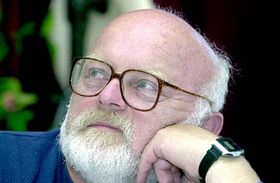 Martin Krise, photo: CTK The first issue we discussed was the trend of elaborately-designed, brightly-coloured new houses in the countryside; some believe they are blotting the landscape, but Martin Krise was reluctant to criticise the owners.

"You must see that it's up to them of course, if they like it. I think the most important thing is that people like where they live. People are born, I believe, to recognise beautiful things but some of them are spoiled, and unfortunately these people are not very interested in working on themselves to understand art and to understand what is beautiful.

"They have got other preferences, to get money quickly and so on. Those people must trust somebody who helps them. And that's the problem of Czech architecture, that the architects sometimes trust those people instead of themselves being trusted by their clients."

Are there rules in this country about shop fronts? I notice a lot of very ugly shops, for instance in Prague, with bright colours and ugly signs, fluorescent lights. Do Czech town halls have rules about that sort of thing?

"I don't think they have, they even don't have rules how to build. Because the rules which existed when I was younger were very strict, and they didn't allow people to do what they wanted. Now many of those have been abolished and there are no rules.

"It's funny - the people who invest like it, because if there are no rules they feel more free. And also the clerks, the officials do not like rules because they can be more pliable, if I say it nicely.

You of course are a preservationist and a member of Klub za starou Prahu, or the Club for Ancient Prague. Could you tell us something about the Club's activities and who are its members?

"The members of our club, or our association, are about a thousand Prague citizens, and we've also got members from outside Prague and abroad. The club is a rather old organisation - now it's 105 years old.

"What we do? Za starou Prahu, that means fighters, or the initiative for old Prague, so we of course do not like to see too many changes, in the shape of houses or the outline of Prague. But it doesn't mean that we want to be lovers of historical things - if something is new and it fits to Prague it must be the subject of admiration."

Prague has seen a lot of development over the last 15 years. How much of that development do you think hasn't been respectful of the history of the city, or the look of the city?

"Which hasn't been? Plenty. You know this is also a tradition of changing Prague, because between the wars...and at the end of the 19th century when the previous flood was so strong that it smashed the Jewish Town, because it was under the water.

"The authorities thought it would be nice to change Prague and make barriers against floods, so they destroyed the only medieval part of the town, the Jewish Ghetto, and a big part of the Old Town."

Your Club for Ancient Prague has had many campaigns over the years? Are you usually successful, and are you taken seriously by town planners? Charles Bridge "Some sections of society take us seriously and we win, but it takes a lot of energy. For instance we won the debate, or the discussion, about Charles Bridge, about how deeply to change the construction during the renovation of the bridge. So I hope that we won. Temporarily of course, because the other side is very strong. Those are big firms which want to have a good...job.

"So sometimes we win, and sometimes of course we lose. And we want to win, so if something doesn't have perspective to win, we are not so, let's say, concentrated on the task as when we feel that we can win.

"It's very funny that after the political changes town planning, which was a very...known discipline here, is now a very simple discipline here. And town planning is a profession that can be changed very quickly by initiatives of individuals. Which means that if you do a town plan it is somewhere on a shelf in an office, and the people who are responsible for running the town plan do everything without even looking at the plan on the shelf. "Also town plans which were based on some perspective investment don't have any perspective, because you never know how much money will come, from whom, from somewhere abroad...so you can't be prepared several years before the money comes, because the money comes very quickly, and the people are rushing.

"And the changes which such a big investment brings are solved after not before, so there are many mistakes. It's an absolutely different world than what we knew before. Twenty, thirty, forty years ago we were very sick of not having money; now we have become sick of having money." 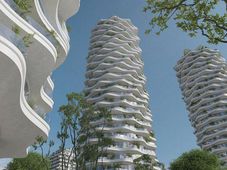 Plans were recently revealed for a major, and striking looking, development project that would transform part of Prague’s Žižkov district.… Twenty-one years ago on Wednesday, on November 17, 1989, a student march was brutally attacked by the police in Prague’s Národní Street;…