Presidential hopeful Miloš Zeman, a former prime minister and former chairman of the Social Democratic Party, has heavily criticized the sacking of former police president Petr Lessy. Mr Lessy was fired on Wednesday after being charged with libel against a former colleague and abuse of public office. The move, unusually swift, preceded the naming of new police president Martin Červíček. According to Mr Zeman, the move to replace Lessy – who had been at odds with both the interior and finance ministers as well as Prime Minister Petr Nečas – would fuel speculation that investigations into serious corruption cases would be swept under the carpet. He called the move a “major political mistake”. 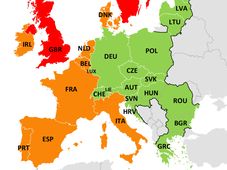