The woman who was seriously injured in the Uherský Brod shootings two weeks ago has been transferred from the local hospital to Prague’s Vinohrady teaching hospital. The woman is in a stable condition following an earlier operation and this made her transfer possible. Although the shooting victim is ready to be discharged from hospital, further specialist care is expected to speed her full recovery. The woman was shot in the chest but was able escape from the restaurant where the shooting spree took place. Eight people died in the attack with the attacker then turning his gun on himself.

Security expert: More can be done to make hospitals safer

The deadly attack in Ostrava’s university hospital in which a gunman killed six people and injured three others on Tuesday, shocked…

A gunman killed six people in a waiting room in Ostrava’s Faculty hospital on Tuesday. The motive of the attack is still unclear, and… 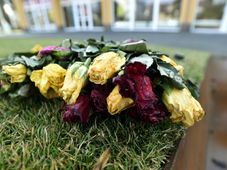