Thursday is the 55th anniversary of the launch of Večerníček, a very popular Czech children’s TV programme that goes out in the early evening. Czechoslovak Television broadcast the first episode of the show on January 2, 1965 and it has been running ever since.

Many of the characters in the mainly animated Večerníček have become household names, such as Bob and Bobek, Little Mole and Rumcajs. The annual Anifilm festival of animated film kicks off in the South Bohemian town of Třeboň on Tuesday. Over the next six days, hundreds… 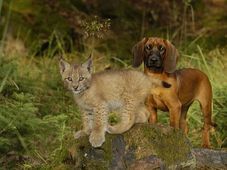