Twenty-three thousand people joined in the 15th annual March Against Breast Cancer in Prague on Saturday. Participants passed thorough the historic city centre wearing pink t-shirts and carrying balloons sold to raise funds in the fight against the disease. Organizers say they raise eight million crowns. Around 7,000 women in the Czech Republic are diagnosed with breast cancer each year and in almost a third of those cases the disease proves fatal. In the past year well-known personalities have joined a campaign to raise awareness of the disease and thousands of women received invitations to undergo screening tests. Only around 60 percent of Czech women undergo screening for breast cancer regularly.

Biotech companies within the PPF Group, controlled by Czech billionaire Petr Kellner, are reporting advances in efforts to extend the… 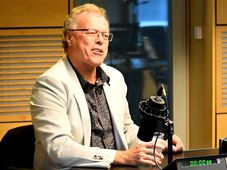 Professor Jiří Neužil is one of the Czech Republic’s leading specialists in cancer research. His research teams at the Biotechnological…

A team of Czech and US scientists have discovered a new method to fight cancer by blocking the access of a key nutrient, in this case…