A powerful thunderstorm that hit Bohemia on Wednesday uprooted more than 20,000 trees in the Šumava National Park. The park management reports that the destruction marks the worst calamity in the national forest since hurricane Kyrill struck in 2007.Most of the trees were spruce and more than half of them fell in a single area near the village of Srní. The fallen timber can however also be used in the fight against the bark beetle that has ravaged the park; managers say they will leave the wood on the ground until the beetles take hold and remove it then. Wednesday’s storm also brought an unusually high number of lightning strikes; the meteorological institute recorded some 60,000 flashes of lightning, nearly half of the monthly average. 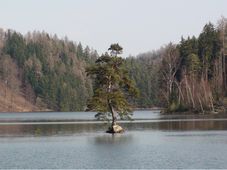 The Czech pine from the village of Chudobín, which was voted European Tree of the Year 2020, may be much older than previously thought.… 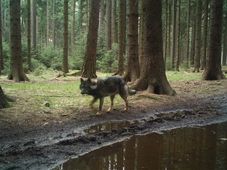