Sir Nicholas Winton not to visit Prague in the autumn

Sir Nicholas Winton, who saved close to 700 Czech Jewish children by getting them out of German-occupied Czechoslovakia on the eve of World War Two, will not be able to attend the ceremony of his decoration with the Order of White Lion at Prague Castle for health reasons, the daily Lidové noviny reports citing his daughter Barbara. President Miloš Zeman is to bestow the highest state distinction on Sir Nicholas on October 28, a national holiday marking the anniversary of the birth of Czechoslovakia in 1918. Sir Nicolas Winton turned 105 on Monday. 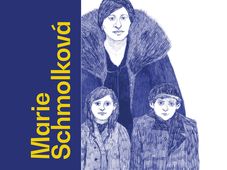 Though little-known today, Marie Schmolka was for several years one of Prague’s key organisers helping Jewish refugees fleeing the…