Senate committees are divided on whether the upper chamber should support the nomination of Aleš Gerloch for the post of constitutional court judge.

The Senate’s Legal Matters committee recommended supporting the nomination, while the committee for Human Rights Issues voted against.

Senators opposing the idea cited Gerloch’s close relationship with President Zeman, who nominated him for the post. The Senate is to vote on the matter on March 20th. 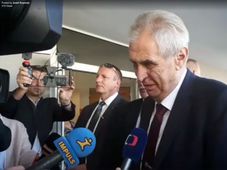