The 18th century Villa Bertramka in Prague, notable for its connection to Wolfgang Amadeus Mozart, has been declared a national cultural monument, the Ministry of Culture announced on Monday.

The villa, which was turned into a museum dedicated to the famous composer several years ago, has been closed for over two years for reconstruction. The Mozart Society running the museum has had problems revitalizing the property and making it attractive for visitors.

According to the ministry, the status of a national cultural monument would help the society in its endeavour.

Mozart stayed in this villa on his visits to Prague in 1787 and 1791. The museum has acquired some of the composer’s valuable manuscripts, his harpsichord and a lock of his hair. 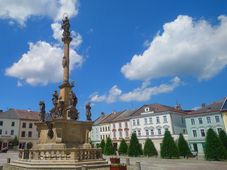