God the linguist teaches us to breathe

“Bixley Remedial School” is one of the most remarkable collections of Czech poetry from the second half of the twentieth century. At… 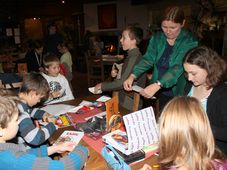 The longest day: an ecstasy of Czech poetry

Last month the Czech Republic enjoyed its annual celebration of poetry, the “Den poezie”. Literally this translates as “poetry day”,…

In this week’s Czech Books we look at what is, amazingly, the first anthology of contemporary Czech poetry to be published in English…