The opposition Social Democrats’ proposal to award pensioners each a one-off lump sum of 6,000 CZK (around 360 USD) was rejected by the Czech Lower House on Wednesday. The Social Democrats had argued that pensioners required such a financial boost to offset the impact of the government’s public finance reforms, which came into effect as of January this year. But Labour and Social Affairs Minister Petr Nečas responded that the opposition’s proposals were nothing but sheer populism. The government is considering raising pensions itself by 465 crowns (28 USD) a month from August onwards. This proposal will be discussed in Parliament on April 1. 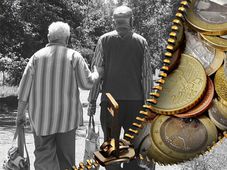 According to a new study by Allianz, based on data from 70 countries, the Czech pension system is relatively stable compared to others.…