Police launched a massive campaign in the western Pilsen region on Saturday to check on foreigners’ documents and tell them about the government’s voluntary repatriation offer. Around 300 police officers together with 40 colleagues from the Pilsen city force toured hostels, bars, night clubs and even discos frequented by foreigners. They checked on whether their papers were in order and gave out leaflets about the government offer of free passage home and payments of up to 500 euros. So far 1,041 foreigners nationwide have taken up the offer. The Pilsen region has one of the biggest proportions of foreign workers in the country, many who have been laid off or are facing redundancy. 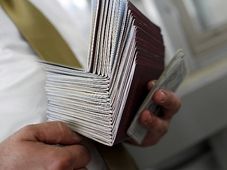 A police raid on the country’s second biggest online grocer, which resulted in the detention of 85 foreign nationals on suspicion of… The second largest online grocer on the Czech market – Rohlik.cz had to suspend operation on Thursday following a raid by the foreign… 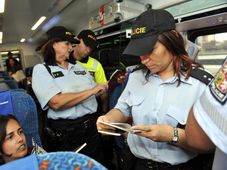 A decision by Germany on Sunday to reintroduce border controls with Austria in the wake of a seemingly endless flow of refugees, mainly…