Lech Wałęsa to speak at this year’s Forum 2000 conference

The former president of Poland and one of the founders of the 1980s Polish labour union movement known as “Solidarity”, Lech Wałęsa, will be one of the speakers at this year’s Forum 2000 conference in Prague, the Czech News Agency reported on Wednesday. Slovak President Zuzana Čaputová, the Ecumenical Patriarch of Constantinople Bartholomew I. and Czech Foreign Minister Tomáš Petříček will also feature among the wide list of prominent thought leaders attending the three-day conference which starts on Sunday.

The conference is organised annually and was co-founded by former Czech President Václav Havel. Its primary aims are the support of democratic values, civil society and respect for human rights. On the occasion of the 30 anniversary since the fall of the Iron Curtain, this year’s theme has been named “Recovering the Promise of 1989.” 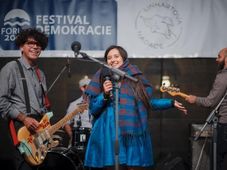 Festival casts light on what Czech students think of democracy

One of the events accompanying this year’s Forum 2000 conference was the Festival of Democracy, which featured discussions on what… 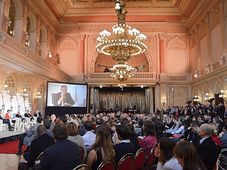 Festival of Democracy, the associated program of Forum 2000, gets underway

The Festival of Democracy, an associated programme of the upcoming Forum 2000 conference, is kicking off in Prague and other Czech…