Fishermen stun fish to remove them from Czech lake

Fishermen in Tábor, in the south of the country, on Monday began removing fish from a local lake to allow for the cleaning of the lake’s basin. The fish are stunned with electricity, produced by a submersible generator, before they are relocated to a nearby river or another part of the lake. It’s not clear how many fish are in the lake which was last cleared 180 years ago, the project’s manager told the ČTK news agency. Cleaning and de-mudding the 51-hectare large Lake Jordan will cost some 375 million crowns and should be finished in 2014.

Musicians from around the world recreate famous Hussite choral 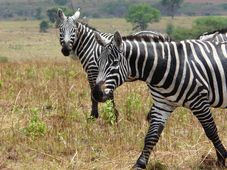