In related news, some 70 town halls in Moravia flew Moravian flags on Monday to commemorate the arrival of Ss Cyril and Methodius in the Great Moravian Empire in the 9th century. The towns that have displayed the Moravian flag include Břeclav, Třebíč, Mikulov and others. The mayor of Mikulov, Rostislav Koštial, told the Czech news agency ČTK the flags are not meant to foster nationalism or separatism; they should rather remind people of their traditions and origins.

Moravia, today the eastern part of the Czech Republic, is besides Bohemia and Silesia one of three historic Czech lands. After the destruction of the Great Moravian Empire in the 10th century, it became united of the Kingdom of Bohemia. The Moravian flag, consisting two horizontal gold and of red stripes, was sanctioned in 1848 but has been rarely used since mid-20th century. 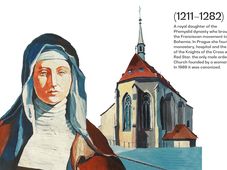 A royal daughter of the Přemyslid dynasty who brought the Franciscan movement to Bohemia. 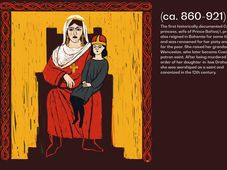 The first historically documented Czech princess, wife of Prince Bořivoj I, probably also reigned in Bohemia for some time and was… 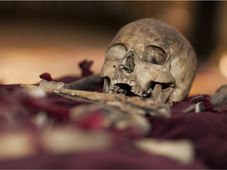 Teplice, the oldest spa town in the central Europe, this autumn plans to send the relics of a clergyman martyred in the 4th century…