Czech scientist Antonín Holý, internationally-renowned for his work as a chemist and for cooperation on the development of important antiretroviral drugs used in the treatment of HIV and Hepatitis B died on Monday. He would have been 76 in September. The news was released by the Institute of Organic Chemistry and Biochemistry where Mr Holý first began working in 1960. According to sources, the scientist headed hundreds of scientific discoveries and was the holder of 60 patents. Mr Holý received an Honorary Professorship at the University of Manchester's School of Chemistry in 2008. 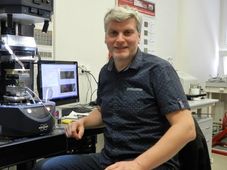