The Czech Republic will draw on the support of foreign intelligence services on the ground in Lebanon to help recover the five Czechs missing in Lebanon, foreign minister Lubomír Zaorálek said Monday ahead of a meeting of EU foreign ministers in Brussels. The minister added that an emergency meeting would be convened again on Tuesday. The five Czechs, who have not been identified, disappeared with their Lebanese taxi driver near the border with Syria. It later transpired that the taxi driver’s brother was detained in the Czech Republic last year on suspicion of terrorist links and has since been waiting for a ruling whether he should be extradited to the United States. 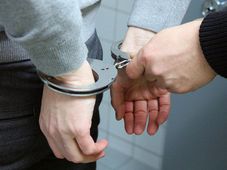 Czech Radio‘s flagship station, Radiožurnál, has reported on a chilling story of judicial error. Michal Šnajdr was sentenced to 10…