Czech President Miloš Zeman has reiterated support for a bill on national referenda which was approved by the government last year. But he stirred emotions by suggesting on Friday that he would not be against Czechs voting on whether to stay in the European Union - although he said he would not vote to leave. Mr Zeman added that the Czech Republic received 200 billion crowns more from the EU than it gave back, stressing that “only someone crazy would give up so much money”. The head of state admitted it was “a cynical reason” but called it “a reason just the same”. Some time ago, the head of state spoke in the Chamber of Deputies recommending lawmakers pass the legislation; the bill needs three-fifths support in both chambers. 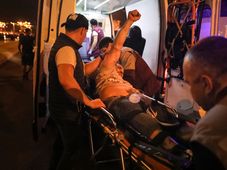