The Czech ambassador to Vienna informed President Václav Klaus on Monday about the situation at the Canadian embassy in Austria capital which issues visas to Czech travellers to Canada. Ambassador Jan Koukal told the president that according to his knowledge, Canada will not start issuing visas at its Prague embassy. Mr Koukal noted however that a majority of applicants receive visas on the same day they apply. Hundreds of Czechs have travelled to Vienna to get Canadian visas since they were reinstated last Tuesday. 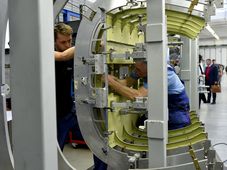 Barbara Coudenhove-Kalergi was born in Prague in 1932. As a member of the German-speaking minority in Czechoslovakia, she and her family…