A new book about how the Communist authorities targeted young men with long hair in the 1960s was launched at the Open Air Festival in the east Bohemian town of Trutnov on Saturday. Entitled Vrat’te nám vlasy! (Give Us Our Hair Back!), it maps in detail how the Communists used the state security apparatus to repress long-haired men in 1966. At the launch, poet and former dissident Ivan Martin “Magor” Jirous, who spent 8.5 years in jail under communism, said the book described the pre-history of a group of alternative youths who later contributed to the launch of the Trutnov festival as an underground event in 1987. 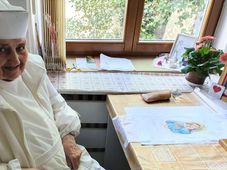 Milouš Jakeš, the last Communist Party general secretary of Czechoslovakia, has died at the age of 97, it was announced on Tuesday.…