Age of criminal responsibility appears set to remain at 15

Supreme Court: killing a thief when protecting property is murder

An historic moment: that is how Justice Minister Jiří Pospíšil described a vote in the lower house on Tuesday approving the country’s… 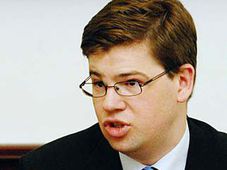 The Civic Democrat Justice Minister Jiri Pospisil has presented the draft of a new penal code. For the next three months the text…