Prague is undoubtedly a hub for the use of the alternative cryptocurrency Bitcoin. But Bitcoin is now very much at a crossroads as some of its technological flaws start to catch up. A sort of civil war has developed around its future development with, as the cliché goes, only likely to tell who the victor will be. Photo: CTK More than around 200 people crowded into a meeting in Prague at the end of July to discuss the future of the alternative, some might say revolutionary, cryptocurrency Bitcoin.

Mostly young males, often more geek and libertarian than Che Guevera, this was a highly committed audience that listened to a two-hour presentation about the options ahead of Bitcoin before the meeting was thrown open to the floor.

Perhaps for some Bitcoin is an expression of an alternative way of life outside the remit of governments and authorities. For some though it is an investment like any other, albeit with, for outsiders, an unfamiliar structure and vocabulary.

Hard fork, soft fork, miners, SegWit, these were the terms bandied around as speakers and audience got to grips with the somewhat slippery scenarios facing Bitcoin in the coming days. For make no mistake, Bitcoin does appear to be at a crossroads which could probably see it advance and become stronger or could subject it to the fallout from a damaging civil war. From August 1 the Bitcoin community was due to choose between a radical transformation and a more organic development aimed at ironing out some of the technological barriers that are impeding Bitcoin’s development.

"I would say that the Czech Republic, and mainly Prague, is one of the most concentrated areas for Bitcoin enthusiasts."

Czechs, and especially in those living in Prague, appear to have bought big time into the Bitcoin phenomenon. Slushpool, a combined effort where those who help to maintain and develop the technology that allows Bitcoin to operate and are rewarded with new currency, so called miners, is believed to be the first of its kind in the world. An there are other Czech firsts in the sector as well, such as an electronic wallet developed by the Prague-based company, Satoshi Labs, which allows secure and anonymous Bitcoin payments anywhere you go.

And there is even a developing legal scene giving advice about issues connected with Bitcoin payments, use, and agreements involving use of the cryptocurrency. Pavel Urbaczka and Radim Kozub of Blockchain Legal started operating this year giving advice about some of the legal issues surrounding Bitcoin and other cryptocurrencies. Urbaczka gave his take on the Prague cryptocyrrency scene: 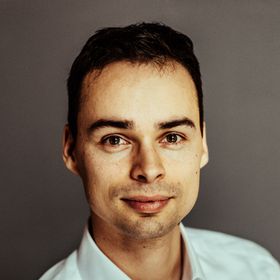 Pavel Urbaczka, photo: archive of Blockchain Legal "I would say that the Czech Republic, and mainly Prague, is one of the most concentrated areas for Bitcoin enthusiasts. Especially here in Paralelní Polis, you can meet many people from the Bitcoin space. I am not sure why that is but I guess there were some people at the beginning of Bitcoin who were in the Czech Republic."

The Prague café, Paralelní Polis, is a sort of alternative venue where you need Bitcoin or other cryptocurrencies to buy a coffee, beer, or sandwich. There is also a screen on one wall which gives the latest exchange rate of Bitcoin against the US dollar.

Radim Kozub was brought in to the end of July meeting at the café. And Kozub outlined how difficult it is get decisions taken in the Bitcoin environment, one of the handicaps that has overshadowed its development.

"Of course, about the network itself, the decisions are made by miners, by nodes as well, the people who have a computer that serves as a node, It’s also the community of users because there is a special kind of update, User Activated Software (UASF), so users are deciding. Users are the stakeholders of the network. It is a complex question. There are many actors, many players, each one has a different influence in a different situation. But there is definitely no central authority that can say, that can impose any rule that is absolute and can enforce the rules."

One aspect of Bitcoin’s recent problems was actually witnessed by the Prague café and its customers at first hand. When you pay with Bitcoin, there is the basic price of the product itself but also the extra charges for its use which helps cover the costs of the network’s upkeep and development. But at one stage the network was overcharged with what amounted to spam transactions. Pavel Urbaczka takes up the story:

"There is definitely no central authority that can say, that can impose any rule that is absolute and can enforce the rules."

"If you wanted to pay for a coffee in this Bitcoin café, you had to pay a fee in the same amount as the coffee. That’s let’s say the result of the technical abilities of Bitcoin at the moment. You cannot put more transactions than 47 transactions per second, you cannot compete with Visa and so on. What is happening is that all people using Bitcoin compete amongst themselves to get their transaction in these blocks. You want to put your transaction in Bitcoin then you have to pay a fee. If more people want to put their transactions in then they have to pay higher and higher fees. That is what happens."

There are some rumours, though nothing is proved, that the spam overload was created in part by those lobbying for a radical overhaul of the current Bitcoin system. The Prague café got round the problem in part by using an alternative cryptocurrency for a while. Now the Bitcoin charges appear to have returned to a more normal and acceptable level. The backers of the radical overhaul, or Hard Fork, are also offering extra Bitcoin currency, so-called Bitcoin cash, as part of their incentive for members of the community to back their vision of how Bitcoin should develop. Pavel Urbaczka attempted to explain what the Hard Fork means: 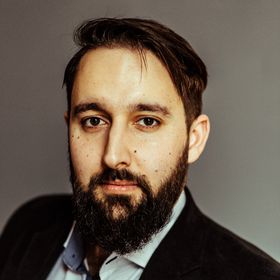 Radim Kozub, photo: archive of Blockchain Legal "Actually this Hard Fork, anybody can do a Hard Fork. What it means is that you take the Bitcoin software, you change it in some way that makes it incompatible with the previous software and then you have another network basically. Anybody can do it at any time because the software is open source. So you just take the software, change it, and you have your own Bitcoin. You can call it what you want. The tricky thing is to make it popular with people. You have to have some users so that your new Bitcoin has value. And that is what is happening on August 1. There is a relatively big portion of people that want to make changes that make the Bitcoin software incompatible with the previous software. Their software will have the same transaction history as Bitcoin but it will be called Bitcoin cash, not Bitcoin, and they made some changes so that the block size is bigger and some other things. So if you have Bitcoin right now, on August 1 you will have the same amount of Bitcoin and also the same amount of so-called Bitcoin cash. That’s going to happen."

All Bitcoin owners will get that cash, but the real test will be how much it is accepted, traded, and what value it eventually has. Long term, this will be the key verdict on which version of Bitcoin development, the soft or hard, wins out. If the new Bitcoin cash is more used and more trusted, then its value could be expected to soar at the likely expense of the original Bitcoin.

"I think that Bitcoin at least in the near future will retain its first place which it has now."

Pavel Urbaczka says its clear which side of the Bitcoin barrier he is on:

"Let’s say I am a big Bitcoin maximalist, so because of the network effect, because Bitcoin has gone through a lot of new experiences, it had to adjust to develop its anti-fragility, so I think that Bitcoin at least in the near future will retain its first place which it has now."

When some of the dust has settled, Prague’s Bitcoin enthusiasts are likely to once again evaluate the state of this and other alternative initiatives at an international Hacker Congress being staged in Prague from October 6-8. Prague is a major hub when it comes to alternative cryptocurrencies. At the epicentre is a building known as Paralelní Polis, part… A Czech company has sold the first apartment in the Czech Republic using bitcoin currency, the daily Hospodářské noviny reported on… 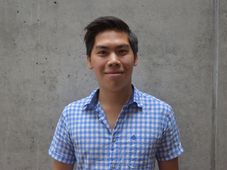 Bach Nguyen: “With Bitcoin you are your own bank”

Bach Nguyen of Prague firm SatoshiLabs explains various aspects of Bitcoin, the virtual currency that is increasingly visible in the…