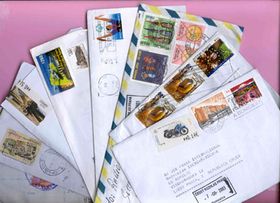 We start with a question from a rather concerned listener - Charles Brady from the UK wrote:

"I was shocked to hear that results of a public opinion poll in October put the communists in second place. Could you tell us why?"

Well, just before I answer that question, let me explain what poll Mr Brady means - the STEM agency conducted a public opinion poll in the first eight days of this month to see where the parliamentary parties stand on the popularity ladder. The Civic Democratic Party came in first with 32.6 % of support, followed by the Communist Party which got 18.5 %, then the Social Democrats with 16.6 %, the Christian Democrats with 6.7% and finally the Freedom Union, which got only 3.5%. Since a party needs at least 5% to get into parliament, the results suggest that the Freedom Union would fail if elections were held this month.

But to answer your question, Mr Brady. The results of the poll sparked a lot of speculation, discussion, reaction from economists, politicians, etc. But what was evaluated was why support for the Social Democrats had dropped, instead of why the Communists are now in second place. The main reason given was the government's controversial and heavily criticised public finance reform plan. The parties represented in the coalition government got the least support. The two parties that criticised it from the beginning, meaning the Civic Democrats and the Communists, are now on top of the popularity ladder.

And we have some good news for those of you who listen to us on medium wave. Here's Radio Prague's Director, Miroslav Krupicka, with the details:

"DRM, Digital Radio Mondiale, is a digital broadcasting system on the AM band below 30 MHz. On October 20, we launched DRM test transmissions on medium wave on 774 kHz from the town of Hradec Kralove in Eastern Bohemia. It will go on for about three years and carries one of Czech Radio's national channels - Czech Radio 6. What is interesting is that some Radio Prague broadcasts are part of this national channel. So, in a way, we broadcast some of our programmes digitally at this moment. It might also be interesting for listeners in neighbouring countries such as Poland and Germany, who are equipped with DRM receivers, to try to tune into the frequency because it might be 'catchable' in these neighbouring close areas to the Czech Republic."

Find out more on the DRM experimental transmission in next week's current affairs section.

We've just started our winter schedule, meaning that Mailbox, from now on will have a monthly listeners' competition. This month, your task is to write in to tell us the name of the Czech Republic's most popular contemporary flute player. We've been playing him throughout the programme and have mentioned him in one of our recent features. You have until the last day in November to get your answer to reach us. The winning prize is a CD of the musician in question.

Study: Almost one in four Czechs would favour strong leader

Some 24 percent of Czech voters would favour a strong leader, according to a report from Bratislava think tank Globsec. The study Voices…

The Input of Czech fathers in the upbringing of their children has risen over the past 10 years, with 70 percent saying they now have…