Can you no longer remember what life was like under communism? A pub in Prague 3 offers the authentic experience – grubby walls, soiled tablecloths and rude waiters! And why do some Czech children not have a name day? Find out more in Magazine with Daniela Lazarová. Photo: CTK A pub in Prague 3 is celebrating the twentieth anniversary of the Velvet Revolution by giving pub-goers a taste of what life was like under communism. Grubby walls, filthy tablecloths, rude waiters and food going under the heading UBG – “unidentifiable brown gravy” await anyone who dares to remember. The week-long happening is sponsored in part by the city hall and in part by individuals who like the idea– allowing the pub to go back to communist-prices –a pint of beer for 1,70 hellers and a plate of goulash – for 6,20. The alternative is salami with chopped onions for the price of 4 crowns. For a few crowns you get the whole experience –complete with two “officers” in communist police uniforms coming into the pub once every two hours and being nasty to people while they checked their IDs. Pub-owner Vladimír Macal says that given how grumpy pub-goers are about life it is good to remind them of what it was like in the past. “Twenty years is a long time and people forget so quickly,” he says.

Plenty of people had the same idea it seems. This weeks Mladá fronta Dnes supplement for women has a lengthy article on “the things we don’t miss” – a list of the problems that Czech women had to deal with on a daily basis. A desperate search for anything out-of-the-ordinary to wear, running around town for basics such as toilet paper, buying bread in the early morning because you might not get it in the afternoon and constantly being told by shop assistants “we don’t have it, lady – come down to earth”. Some things could be made at home – like curtains or dresses - if one was clever with the needle but perfume remained a distant dream. There were only one or two kinds on the market and it was the same with aftershave. Fa and Charlie which appeared in limited numbers in the late 80s were considered the height of luxury. With shelves now crammed with hair products it is difficult to remember that not so long ago women used beer on their hair to create extra volume and vinegar to make it glossy. Taking care of the family’s needs and looking good was a daily struggle – but somehow Czech women managed to look good – even if their mascara looked like shoe polish and their lipstick tasted foul. As a fun piece the supplement features a few of the most popular communist-era dishes –challenging readers to give them another go and improve them with all the ingredients now available on the market. 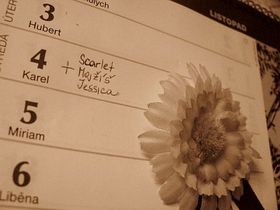 Before the fall of communism it was unthinkable to give your child a name that was not in the Czech calendar. But since the Velvet Revolution Czech parents have been able to please themselves – and some have gone wild – giving their children the names of fashion models, soap opera characters, film stars and even creating their own names such as Midnight Storm which caused a lot of controversy with the authorities. Traditional Czech names –such as Jiří, Přemysl, Václav or Apoléna are giving way to Western-style names such as Dennis, Sebastian or Vanessa. Everyone’s happy but there’s a slight hitch. Czechs like celebrating name-days and the new names are not in the Czech calendar. The parents of children with fashionable new names – and there are now several thousand of them - have been pushing to get this changed saying their children deserve a name day as much as anyone else. However since there are no more vacant days left this will take some thinking. The parents’ initiative fighting this battle says it is not asking for the old-fashioned names to be tossed out since someone else might miss them but it thinks that people with similar sounding names could share a name day. In communist times there was a special commission which decided what names would be in the calendar and on which days. Now the Interior Ministry has said it is entirely up to the firms producing calendars to meet the demand.

Photo: CTK This years’ Christmas is likely to revert to the spiritual holiday it is supposed to be, according to sociologists and sales experts alike. The reason is of course the global economic crisis which is expected to push out Santa and bring back the little baby Jesus into Czech households. After twenty years of what can only be described as an insatiable shopping frenzy ahead of the Christmas holidays – Czechs are expected to calm down and select smaller, more modest gifts for their loved ones, putting more thought and less money into the celebrations. 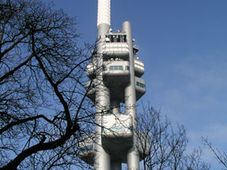 The Žižkov TV tower in Prague is rated the second ugliest construction in the world! Why do ČSA planes have two different logos? And,…