Do you know which part of Prague is slowly turning into the city's fashion quarter? How many hours of their work day do Czechs actually work -and what do they do in the meantime? And why is the Labour Minister waging a war against cyber sex? Find out more in this week's Magazine with Daniela Lazarova 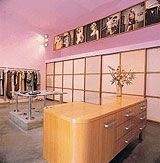 Klara Nademlynska shop Czech fashion designers are slowly but surely establishing a fashion quarter in the Czech capital. So if you want to spend money on the creations of up and coming Czech fashion designers you'd be well advised to by pass the glass and chrome malls and boutiques in the city centre and head for Dlouha street just off the Old Town Square. Dlouha Dusni and V Kolkovne - are narrow cobbled streets where leading Czech designers such as Klara Nademlynska, Tatiana Kovarikova and Timour et group have established boutiques in stone shops. They claim that stone shops have souls -and history. A great many coffee houses, restaurants, tea rooms and beauty salons have also sprung up in the vicinity -which shows promise of turning into a soothing oasis of beauty and fashion away from the bustle and traffic of the city centre.......

Nine months after the public administration reform that was to make life easier for people in the regions - the number of administrative workers in the Czech Republic is at its highest ever. There are now over 250.000 of them in a country of over 10 million and apparently it is still not enough. About 40 towns still fail to provide the kind of administrative service that is expected of them and some people currently travel to as many as three neighbouring towns to get rubber stamps on documents that they need. 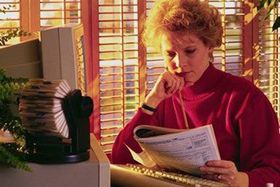 How many hours of your work day do you actually spend working? A study in the Czech Republic has revealed that on average 40% of employees working hours are wasted -pretty much half of the work day. If that seems an awful lot you'll be surprised to hear that the international average of wasted hours at work is 39%, and the Czech Republic has actually improved its rating in recent years down from 43% in 2001. The main reasons given - for the productivity loss - are poor managerial planning, insufficient supervision, a poor work morale and problems with IT. The work morale in the Czech Republic is allegedly higher than in Hungary, but lower than in France Spain and Great Britain which are one percentage point ahead with only 39% of working hours wasted. The real hard workers are to be found in the United States, Germany and Australia.

So what do people actually doing working hours aside from drinking endless cups of coffee and chatting? The answer is simple - they surf the net for cyber sex, computer games, read the tabloid press, women's magazines, do their internet shopping and check out what's playing in their favourite cinemas. The Labour Minister - who is rightly concerned about the problem of labour- has put his foot down and announced his intention to put his own house in order first. The ministry is now introducing a system of filters which would prevent access to certain web sites on the basis of blacklisted expressions such as sex, game or cinema. It is not clear how many employees will be kept busy operating and updating this system -but it is going be an uphill climb. We have found that it is impossible to list all the expressions associated with sex - you'd have to put in half the dictionary -the ministry's spokesman said.

In some places employers worry about their employees surfing the net in others they worry about them drinking during work hours. The Speaker of the Lower House Lubomir Zaoralek also put his foot down recently -after one deputy was allegedly too drunk to vote. He has banned alcohol in the Parliament canteen which now sells cookies, ice-cream, chocolate and open faced sandwiches. Many MPs are disgruntled but Labour Minister Zdenek Skromach is quite happy to set a good example by drinking strawberry juice during breaks.

An annual meeting of gays and lesbians, their families and friends from the Czech Republic and Slovakia is to take place in the Czech border town of Hranice on October 25th. The meetings have taken place since 1997 - on either side of the border. The idea is to help each other in the fight for gay rights, broaden existing contacts and get more information about gays activities in the neighbouring states - who have both struggled to overcome existing prejudices. 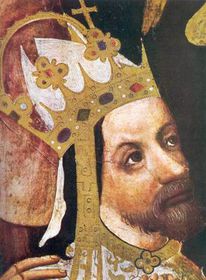 Charles IV.&lt; Will history disappear from the national curriculum? That is a question plaguing history teachers in the Czech Republic today. Already many schools are neglecting history as a subject and the Education Ministry is now pushing through an amendment to the law which if approved would merge history, geography and civics into a subject called Mankind and Society. How much time would then be devoted to history and geography in any school would be up to the headmaster or headmistress. History teachers are ringing the alarm - saying there is barely enough time in which to teach history today and warning that in the future Czech children may have scant knowledge about their roots. 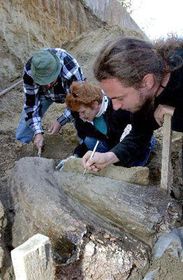 Photo: CTK Archaeologists have dug up the remains of an old monastery -dating back to the Middle Ages -near the west Bohemian town of Pilsen. The remains are approximately 860 years old and the team of archaeologists say they have also uncovered well preserved mosaics and a great many ceramic artefacts. Experts are calling it a unique find -although the treasures which the very rich monastery once housed are long gone. In 1920 the monastery was plundered by Hussite troops, who were eager to see for themselves whether it was true that the roof of the monastery was made of pure gold. 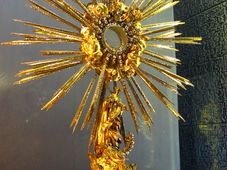 The diamond-encrusted “Prague Sun” at Loreto

One of the city’s famous landmarks is Loreto, a Marian pilgrimage site not far from Prague Castle, with a Baroque Church of the Nativity… 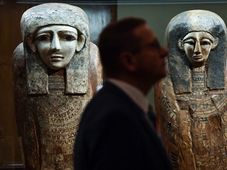 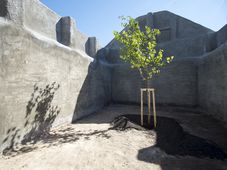 Work to begin on memorial to Josef Mašín and “three resistances”

Work is set to begin on a memorial to WWII resistance hero Josef Mašín and what are known as Czechoslovakia’s “three resistances”.…