Vít Hořejš: puppets can be better actors than people

Actor and puppeteer Vít Hořejš was born in Czechoslovakia but spent most of his life in the United States, where he emigrated in his late twenties. He worked for the legendary Black Light Theatre before establishing his own Czechoslovak-American Marionette Theatre. The group, featuring puppets and live actors, performs contemporary pieces as well as plays based on traditional Czech fairy tales. Vít Hořejš, photo: Klára Stejskalová When I caught up with Mr Hořejš during his recent visit to Prague, I first asked him what made him leave his country exactly 40 years ago:

“The air was just not right. I was at a theatre as an actor, I had my salary and everything, but we had to do whatever the Party said and we had to do Soviet plays. I decided to leave six years before that and I just was waiting for an opportunity.

“I didn’t have the nerve or the stomach to be a dissident, but I couldn’t watch what was happening to the Arts, I couldn’t do what I was ordered to do and I was really lucky enough that I left before all the signing of Anti-Charter and before all that stuff happened.”

Here in Czechoslovakia you studied philosophy and French. How did you actually become involved in theatre and in puppeteering?

“I was actually doing theatre on the side with Mrs Šteinmarová at the Lidová škola umění or the People’s School of the Arts and she arranged for me to have an audition at a small theatre in Moravia. Right after graduating in French and Philosophy I went into becoming a full time salaried actor in Moravia.”

And what about puppeteering?

“If a puppet dies, people will cry much more than if a live actor dies. Maybe the puppets are better actors.”

Can you tell us more about the origin of the Czechoslovak-American Marionette Theatre?

“I had three puppets by that time and I did storytelling with three marionettes show at Jan Hus Church on East 74th Street in what used to be the Czech and Slovak neighbourhood, but it was disappearing even then.

“But I did my storytelling there and they said: Oh, we used to have a puppet theatre here. And I kept asking them what happened to the puppets and so they let me go to the attic and there in an old painted chest with Moravian ornaments were these 24 large marionettes and 45 toy marionettes like the ones I played with as a child, only slightly bigger.

“At that time I was working with the Black Light Theatre with Petr Kratochvíl and when I decided to quit, just before real money came in, they just were asking for it. So we actually did Faust, the biggest hit of the traditional itinerant puppeteers, at the Church, right in front of the altar.”

What do you have on the repertoire today?

“We started with the classics, like Faust or Don Juan or Jenovéfa, the White Doe, but I always aimed for mixing live people with other puppets and we eventually started doing contemporary dance with marionettes, like our Golem production. 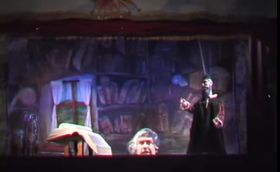 'Faust', photo: YouTube channel of Vít Hořejš “And then we did Hamlet, Rusalka the little river-maid (we had to add that subtitle because people know Dvořák’s Rusalka but they don’t know what it is). And then totally contemporary plays, like The Life and Times of Lee Harvey Oswald, an adaptation of Josef Škvorecký’s The Base Saxophone and an adaptation of a Polish war novel by my favourite Polish writer Tadeusz Nowak.

“And other plays like that mixing people with marionettes and found objects, no matter whether it’s a movement peace, a dance peace or whether there are dialogues.”

What about the American audiences? Didn’t they consider marionettes as something for children rather than for adults?

“They do still feel that to this day. They even think that it’s only for children up to the age of seven and that children after that age are too cool to watch puppets in general.

“As a matter of fact I did a few school tours. The first tour was 151 performances over three and a half months from Idaho to New Mexico. The agent who booked was apologizing, saying: I booked you into a few high-schools and I am really sorry to do that to you.

“High school students are adults, so I really started doing fairy tales for adults and they eventually loved it. They would be unruly for a few minutes and then they would get enchanted.”

What about the typical Czech fairy tale characters, such as vodník or čert, the devil? Do American kids understand these figures or do you have to explain who they are?

“I didn’t have the nerve or the stomach to be a dissident, but I couldn’t watch what was happening to the Arts.”

“They do, but talking about the school tour from Idaho to New Mexico, I got in trouble with the Devil in the Bible belt. Second show of the day the principle was waiting for me on the doorsteps of his school, saying: I heard you had a Devil on your show. Could you do something else? Some parents will complain.

“On the other hand I also travelled to a few Indian reservations, which was a very interesting experience, and they totally understood vodník. I have to explain who the water goblin is, but at the Native American School, they totally could relate to the water spirit.

“As a matter of fact, I had this Hopi girl come after the show, pointing at the water goblin and asking: is that a kachina spirit? I automatically answered no and as I said that I realised: It is. It is exactly the same thing.”

What do you find so fascinating about marionettes and puppet theatre? What do you think is the biggest advantage of puppets over live actors?

“There is something amazing about how people really fell whatever a puppet does is much stronger. If a puppet dies, people will cry much more than if a live actor dies. Maybe the puppets are better actors.

“But working with puppets I can barely imagine doing theatre without the puppets now, because it gives you so many levels of working. Hamlet does his monologues and monologues are so difficult to do, because they are totally unnatural. But if he does it with a puppet, it’s an inner dialogue. 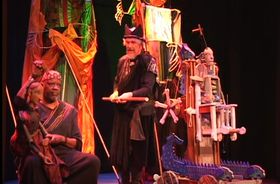 'Královna Ester', photo: YouTube channel of Vít Hořejš “And when there are real dialogues, then there are at least two puppeteers and two puppets and you have so many levels how they can interact, so the array of the possibilities and of the levels that you can add to a theatre performance is amazing.”

You came to the Czech Republic to receive the award given by the Czechoslovak Society for Arts and Sciences for promoting Czech culture abroad. How important is it for you receiving this award?

“It’s an honour and I think we have our audience in the United States but we also struggle and fight for audiences so think it will give us more visibility. Together with the Czech and Slovak puppetry being put on the UNESCO list of Intangible World Heritage Treasures two years ago both of those things are good promotional tools.

“I always talk about the many generations of the Kopecký family, how they really were self-promoting and made themselves a legendary family that’s now synonymous with Czech puppetry. But that’s it. We are poor puppeteers just like Kopeckýs were and we need any promotion we can take, so an award will help.”

Puppet theater in Czechia and Slovakia is a way of conveying a vision of the world. That is one of the main reasons why UNESCO inscribed… 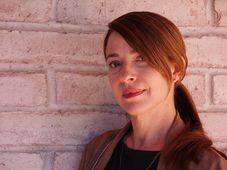 In 2007 Genevieve Anderson brought out a short animated film based on Too Loud a Solitude, a novella by the great Czech writer Bohumil… 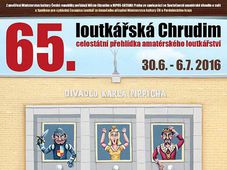 Puppeteers’ Chrudim: A festival for puppetry fans and troupes from all around the Czech Republic

Puppeteers’ Chrudim (Loutkářská Chrudim), one of the longest-running puppetry festivals in the world, is just around the corner. Held…